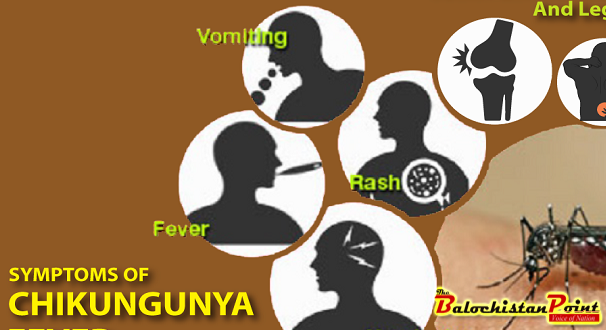 Chikungunya is a viral disease which transmits from one human to another through the biting of the mosquitoes. Chikungunya is a well-known and a famous disease worldwide. It is spreading in more than 60 countries from various continents such as Asia, Africa and Americans.

The signs of Chikungunya are headache, nausea, Fatigue and rash. After 3 or 4 day the biting of that mosquito causes some illnesses and such illnesses would last for nearly 2 to 12 days.

In 2005 in the month of February there were many cases which were founded near to the Indian Ocean. While in Europe the outbreaks of Chakungunya in 2006 were increased when the Indian ocean epidemic was at its peak. But a large number of cases Chakungunya were reported in a large number between 2006 to 2007.

So, it got enter in the some other countries of the South-East Asia was also having been the victim of Chikungunya in a high number of the cases.

In 2005 in Indonesia, India, Maldives, Maymmar, and Thailand where more than 1.9 million cases of Chikungunya were estimated and in 2007 the transmission was investigated but mostly in Italy. It was claimed that only in Europe more than 197 cases were founded so far and after the all investigation it was proved that this Chikungunya caused by the mosquito-outbreaks by the Ae-Albopictus are plausible in Europe.

In December 2013, two laboratories of France confirmed that autochthonous recorded in the Caribbean Island of St Martin.

In the April of 2015 nearly 1379788 suspected cases were reported in the Latin Americans countries and in the United States of America (USA).Approximately 191 deaths took place in the same period.

According to a report of Pan Americans Health Organization (PAHO) that in Americans in 2015 more than 2693489 cases were resulted and among them nearly 37480 were confirmed that had been the victims of Chikungunya and among them Colombia was involved on the top countries with more than 356079 cases. This was less than 2014 with nearly one million cases Chikungunya were estimated. In 2016 the PAHO investigated that approximately 349936 suspected and 146914 laboratory conformed cases were reported.

In Brazil most of the case was founded. Where approximately 26500 cases were estimated, Bolivia and Colombia with 19000 cases.

In 2016 to 2017 Chikungunya infection has become an  issues for Pakistan because Chikungunya virus is being spread  in Pakistan.

There is no any other vaccine for Chikungunya infection but people must utilize while they would have a headache people must use anti-pretics optimal analgesics and fluids.

Published in The Balochistan Point on April 26, 2017