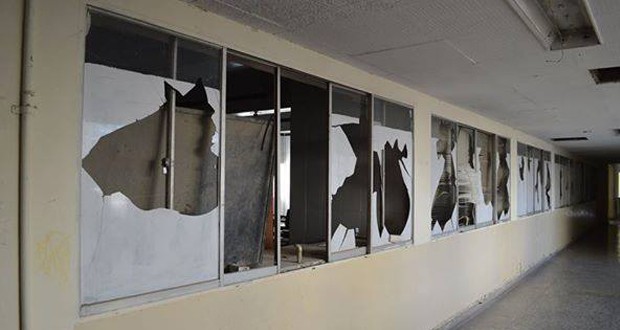 QUETTA: The protests by students of Bolan Medical College (BMC) continue due to the apathy of Balochistan government.

Students of BMC started their protests couple of days back against mismanagement, Negligence and corruption of BMC principal who has allegedly has the blessing of Dr. Malik’s government.

Police was called by BMC administration to quell the protests on Monday. Police brutally treated the students with baton-charge and even arrested some of them.

Yesterday, BMC students again protested and blocked the road leading to BMC teacher’s colony. Rather than supporting students, BMC teachers have sided with administration and criticized BMC students for blocking their way.

“Use of police brutality against BMC students is condemnable and we reserve the right to protests against it,” said Chakar Khan, a student of BMC while addressing a press conference.

Chakar Khan further alleged that “there is no gatekeeper in BMC hostel and outsiders come to hostel without any hindrance. Toilets and class rooms are in a terrible state. Where are all the funds going if not spent on BMC?” Asked Chakar Khan in an angry tone.

“Everyone knows massive corruption is taking place in BMC and government of Balochistan doesn’t care about it,” said another disgruntled student of BMC while talking to The Balochistan Point.

Published in The Balochistan Point on January 7, 2015