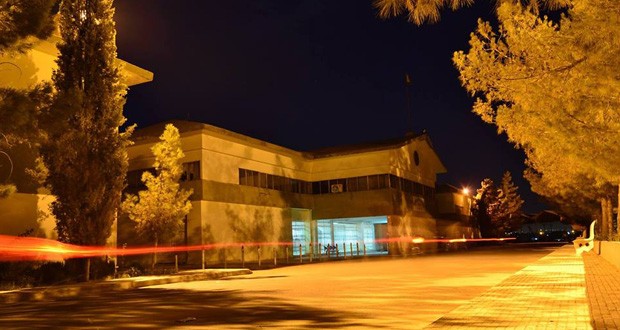 QUETTA: Dr. Abdul Malik Baloch and his government is destroying Bolan Medical college (BMC) the only medical college in Balochistan, said the angry students of BMC while protesting on Monday.

Students of BMC closed the main gate of BMC and protested against the BMC administration and Balochistan government for number of grievances. 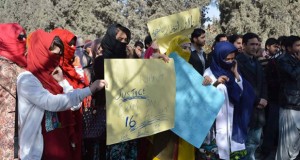 Exams of MBBS were supposed to start after 20th February but now BMC administration has announced to conduct the exams from 20th January onwards.

“It’s impossible for students to prepare for the exams in such short time period,” lamented an angry student while talking to media.

Same student exposed the corruption of BMC administration in development and scholarships. “There are no locks in female toilets in BMC and this problem has not been fixed for years,” continued the disgruntled student. The reasons these problems are not fixed are that BMC administration embezzles the funds.

“Scholarships are paid to students after a delay of one year because BMC administration deposits them in a bank for a year and pocket the interest earned for them,” added the student in a fiery tone.

Moreover, there is no dead body which can be used to teach cross-anatomy to the students of first year in BMC. This is unimaginable in any another Medical college but in BMC no one is bothered about it.

All the allegations made by protestors were confirmed by The Balochistan Point through its own credible sources in BMC.

Last month, 20 seats were announced for self finance scheme in BMC. This move was widely condemned by all sections of society as a means of corruption. BMC entry test for general seats conducted last week was not based on the stated syllabus and this was a serious negligence of BMC administration.

“Dr, Malik and his Health Minister Rehmat Saleh Baloch are responsible for the plight of BMC,” said another student of BMC while Talking to The Balochistan Point.

“Current Health Minister used to be a small scale employee of health department, what can one expect from him as a Health Minister,” said an analyst. 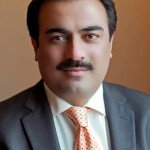 In normal cases, protestors demand Chief Minister (CM) to take notice of some issue but in this case when CM is the one being blamed. Therefore only mounting public pressure can solve the problems of BMC.

Published in The Balochistan Point on January 6, 2015

2015-01-06
Editor
Previous: Strategic Stability Of South Asia In The Backdrop Of Nuclear Capabilities
Next: BMC Crisis Has Exposed Educational Emergency Of Balochistan Government