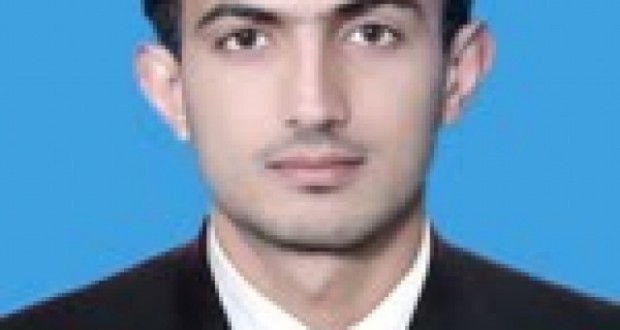 Despite being badly affected by nationalist insurgency, the Makran division of Balochistan is among the most literate regions in the province. In recent times, however, education in this division, in particular in the Panjgur district, has come under serious threat, with religious extremists demanding the closure of co-ed and girls’ schools. Unfortunately, civil society in the rest of Pakistan appears to be completely indifferent to this.

At the beginning of May, a pamphlet circulated by an until now unknown organization called the Tanzeem-ul-Islami-ul-Furqan demanded that all schools imparting education to girls in Panjgur district be shut-down on grounds that Islam prohibits girls’ education.[1] Even though the concerned administrators of the schools met with district authorities, they were offered no assurance of security.

Fearing violence, the owners of most private schools in Panjgur shut down their institutes. As it turned out the threat was not limited to mere rhetoric. Besides girls’ schools, English medium schools and institutes are also on the radar of this mysterious militant organization and on 7th May, masked men stormed an English-language centre, claiming that learning English was against Shariah.

Then on 14th May, a vehicle driven by the owner of Oasis Academy, one of the few privately-run girls’ school still running, was intercepted and stopped by unknown men. The men forced the driver and the passengers—students and teachers of the school—to dismount and then set the vehicle ablaze. They threatened the owner with dire consequences unless he shut down the school. Then they escaped, flashing victory signs in the presence of security forces.[2]

The next day, approximately 2000 people carried out a procession in Panjgur, in protest against the incident. Chanting slogans against the Tanzeem-ul-Islami-ul-Furqan they demanded that the government protect female education in the district. Local politicians, members of the civil society and even the Ulema participated in the protest.[3] Haji Islam Baloch, Member of Balochistan Assembly from Panjgur, says that the attacks on school vehicle and English language institutes were a part of pre-planned conspiracy to deny education to the people of Panjgur[4].

The fear is that the militants are attempting to impose the Swat model on Panjgur. In Swat, the home town of Malala Yusufzai, girls were stopped from receiving education and girls’ schools forced to shut down. Yet the administration has remained unmoved. The current chief minister of Balochistan, Dr Abdul Malik Baloch, hails from Makran division. He was elected from Kech district, that neighbours Panjgur. He has been completely silent on the matter and has not uttered even a few customary words of condemnation.

The Makran division including Panjgur is marred by nationalist insurgency. As a result there is a strong presence of para-military troops. There are countless check-posts and the district is virtually under control of security forces. Under such circumstances, a few masked men come from nowhere and paralyze the education setup of Panjgur without being apprehended. How is that even possible?

While Balochistan is generally ignored by media and civil society of Pakistan, the extent to which the tragic closure of schools in Panjgur has gone unnoticed is noteworthy even by these standards. It is estimated that 15-20,000 students are affected by this unfortunate development.[5] Remaining silent on this matter means waiting for your turn. Today it is happening in Panjgur, tomorrow it can be Lahore’s turn.

Adnan Amir  is a Freelance writer, researcher and blogger. He writes about politics, current affairs and books. He tweets at@iAdnanAamir and blogs at www.adnan-aamir.com

Published in The Balochistan Point on May 24, 2014