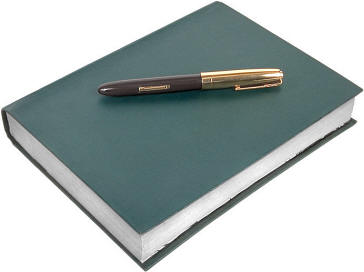 Book Review: River Is Coming To The Front

In the field of fiction of any literature, the short stories play a vital role articulating the mindsets according to the philosophy of people. The French, Portuguese and American are called to be the most impressive literature worldwide. The epigrammatic tales that create suspense has embellished the literatures and the modernism considerably has changed the structure of tales writing as comparison with the old-fashioned ones.

The elements and techniques are the prerequisite blocks while writing a tale in a narrative form. Narrator is one who sits at a coastline and draw out the imaginary events he/she perceives. Expressing the characters of tale, feelings and thoughts alongside maintenance of aesthetic look up of plot, subplot, sitting, conflict, science fiction, surprise ending, suspense, foreshadowing, tone, irony, climax, theme, biography and style keep a short story fully outstanding.

Short story is generally considered to be between 1000 to about 20,000 words. Edgar Allan Poe, the famous American author regarded to be one of the earliest writers of short stories defined a short story as a short piece of fiction that can be read in one sitting. Short stories are mostly based on a single theme that revolves around a small cast of characters, and are usually less complex than novels.

In the mid of 19th century the journey of Balochi fiction has begun with the novel of Syed Zahoor Shah Hashumi in local language known as ‘’Nazook’’. So the impacts of old-fashioned each novel or short story written was with a clear ending with no creation of suspense. Gradually reading the international fictions in some extent changes were tried to be brought but yet it has not been fully adopted exception with some storyteller like Dr. Naguman, Dr. Haneef Shareef, AR.Dad and some others. They have studied the international story writers like Anton Chekov, Ernest Hemingo, Edgar Allan Poe, Franz Kafka, Guy De Maupassant, James Joyce, Leo Tolstoy, Alice Munro, Oscar Wilde, Gabriel Garcia Marquez, D.H Lawrence and others.

So they narrate in a different flair, which seems to be a great sign for Balochi literature. It becomes a triumph of it when the opinions, themes and plot concerning old-fashioned diminish.

‘’River is coming to the front’’ (Darya Daima Pedaken) is the collection of AR. Dad short stories. This was published by ‘’Isteen Publications Kech’’, contains eleven short stories and comprised of just 64 pages. AR.Dad is a story writer in search of new techniques and forms to be implemented in Balochi fiction so his tales are often in a different style as he knows the art of expressing the loneliness, sadness, love and catharsis of the characters. He always tries to narrate his surrounding culture, civilization, cruelty, suppression and injustice but as accordance with need of metaphor.

Figurative form, foreshadowing and creation of suspense are the parts of AR.Dad’s stories you can find in this collection. He has the talent of examining someone psychologically which makes his narrations desirable.   Stream of conscious, surrealism and simile are the ways story writers keep the readers to think about the tale and characters at the end found in his tales. As in a short story ‘’ Mehr Nehaadani Mazan int’’ he narrates ‘’ I don’t know when I started coming to cemetery, remembered when I was in village used to pass my every evening at the cemetery after which for employment I was to go to another place became not oblivious to it, when I went back to my hometown I used to stay at the cemetery. He was always with me at marriages, wedlock or at any other program and at cemetery as well, neither he has saw his grandfather nor grandmother but if I say this is grandfather’s and that is grandmother’s grave, he supposes to respond me; ‘’Yes…… Yes for me they ever had brought anything’’.

On Sunday morning when it was an off day of MehrNeyad’s school as I awake up he too and walked behind me. I opened the door and we stepped out it reminisced me my father’s grave as he asked, ‘’ Papa let us go to the cemetery today’’. It was almost a week I came but yet didn’t go to the cemetery. After prelusion as we were passing via a narrow street and we both were tranquil but it became an apoplectic to me when he said, ‘’ Papa when you die he will always come to my grave’’. I saw towards him he was having a white paper in his hands, made it an aero plane and wanting to fly it over’’.

AR.Dad says, ‘’he is not in search of short stories in real sense it is in search of him and when it comes to meet starts dedicating and he narrates’’.   Expressing the sensations, perplexities and psych in each his short stories is outstanding. He is said to be one of the writers in Balochi has experienced the surrealistic form very beautifully, ‘’ Hasan Sool’’ is a short story narrated by him is an example of it.  Myth which is as well one of the interesting chapter in any literature based on predictions is predictable which can be seen in Hasan Sool and some other tales he has described.

The most effective insignia of a good writer is to oblige a reader after a sentence to read more and likewise each sensation be in accordance with feelings of the readers. In most literature traditionally based themes and practices can be found infrequently. This shabby trend has suppressed the convictions of writer and reader as well which needs to be wiped out, is the world of literature is moving ahead to inter fully in surrealism and modernism.

Balochi fiction needs more such writers to lubricate the themes and plots of stories. AR.Dad favors the usage of surrealism, stream of conscious, monolog techniques and metaphor forms of tales that ostensibly attract the meditations of readers.

Author is a M.Phil scholar

Published in The Balochistan point on November 29, 2014.

2014-11-29
Editor
Previous: Gwadar Port and The Baloch
Next: Words Of Change: Clearing The Coast For The Women Of Balochistan