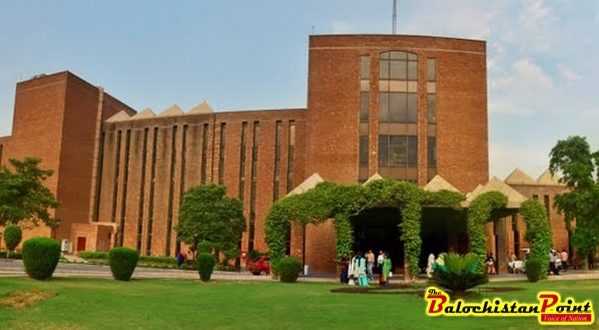 Cancer Hospital in Balochistan: Cancer to be fought not to be faced

It is estimated that about 150,000 cancer cases are reported in Pakistan each year. Shaukat Khanum Memorial cancer hospital and research centre was built with the mission of providing state-of-the art diagnostic and therapeutic facilities for cancer patients irrespective of their ability to pay.

Four provinces of Pakistan have cancer hospitals but not a single one in Balochistan. In the most recent press release World Health Organization (WHO) indicated that over 8.8 million cancer deaths occur every year. Pakistan has the highest cancer rate in Asia. There are currently 20 cancer hospitals offering their services in Pakistan,7 cancer hospitals are working in Panjab,5 in Sindh,5 in KPK 2 in Gilgit Baltistan. According to some information 1 of those hospital is in Balochistan but it is not functional. Cancer treatment is expensive and only Shaukat Khanum memorial cancer hospital (SKMCH) provides free treatment of cancer. But it does not exist in Balochsitan.

Having no hospital for cancer patients in Balochistan, we have lost hundreds of young lives. Rehan Rind only 21 years old baloch student from Khuzdar died of cancer. Rehan, Syed Faraz Ali Shah, Sheh Mureed, Waleed Ahmed and Mir Umair Zehri are the `only victims we know.

There are hundreds of more patients in the province who are fighting cancer but receive no proper treatment and facilities. Young souls are helpless and the only thing they can do is to look forward to people’s support. For many who suffered and fought the disease, social activist ran campaigns for them to have their treatment done in hospitals out of Balochistan but it is not an ultimate solution and people will not keep on running campaigns for hundreds of patients to come. Therefore, Rehan Rind’s message was, “Cancer Hospital for Balochistan.”

Rehan shared his feelings about the support he received during his treatment, “Humanity is still alive.” While suffering from the disease himself, he posted his last message on social media and requested the youngsters to raise funds and donate blood to save lives and he urged the government to establish a cancer hospital in Balochistan.

We could not save a hardworking and bright student Rehan but we can safe many other such lives if only government takes notice of this serious matter and allocates a little portion from the provincial budget for the establishment of the cancer hospital.

Published in The Balochistan Point on July 30, 2017