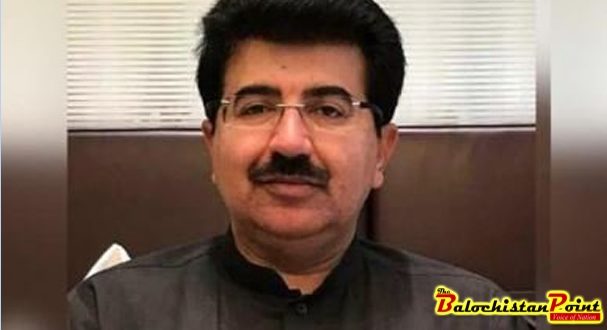 Chairman Senate, a milestone in history of Balochistan

A little known politician Mr. Sanjrani has been elected as a chairman of Upper House with the alliance of Imran-Zardari parties. His political career began in 1998.  Bizenjo-led group demanded for the Chairman Senate from independent elected senator from Balochistan. A campaign by Chief Minister Bizenjo succeeded immensely.

Felicitations from all over Balochistan for him shows a very energetic and prosperous contribution of him in Balochistan. Campaign that ran in the country with maneuverings of PPP and PTI augured for his chairmanship.

Mr. Sanjrani is first in the history of Balochistan, who will lead Senate chairman office. In the absence of President, chairman senate can led presidency of the country. It is an honor for Balochistan, from where Senate Chairman has been elected with the coalition of known political parties and tricky campaign from Balochistan. Now it is up to him that either he will join a Pakistan People’s Party or Pakistan Tehreek-e Insaf or merely he will serve as an independent man on top slot of upper house of parliament.

He has been implicated in the maze, either supporting hopes from Balochistan or came close to the PPP or PTI merely to represent. A strategic hotchpotch prepared by leaders of various political parties shows a big game in the imminent general elections 2018.

He belongs to a district which is full of millions tons of natural resources. People from Balochistan hoped to make history.

Mr.Sanjrani’s political career remained meritorious and influential in his political history from Balochistan. He had been appointed on various designations of the governments of PML-N and PPP. A momentous campaign led by Chief Minister Bizenjo have taken him to the office of Chairman Senate. Maneuverings played enough campaign in the entire country.

An emerging politician Mr. Sanjrani will serve as 8th Chairman Senate having tenure of 03 years, 1st from Balochistan.

A nation is crying out for peace and stability within Balochistan. A revitalized action for development in Balochistan is enough for the reconciliation with terrorism.

Published in The Balochistan Point on March 15, 2018