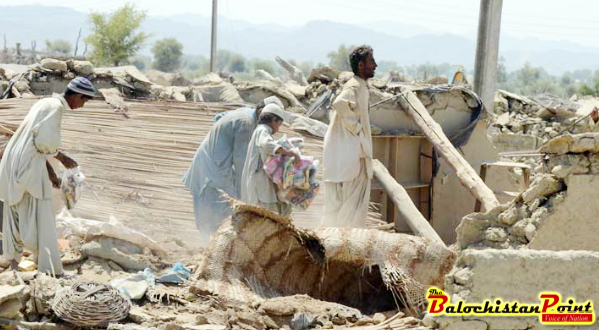 ISLAMABAD: China and the United Nations Development Programme (UNDP) Pakistan have signed a $4 million agreement to provide assistance over four months in those areas of the Federally Administered Tribal Areas (FATA) and Balochistan that have been affected by natural and human-made crises.

The “China South-South Cooperation Assistance Fund for the Recovery Project in FATA and Balochistan” will help 8,100 families, returning to the areas affected by insecurity in FATA to rebuild their lives. In Balochistan, about 19,000 schoolchildren will benefit as schools that were damaged in the 2010–11 floods were refurbished, said press release here on Friday.

Yao Jing, Ambassador of China to Pakistan said that  In future, China would  continue to increase the Grant Assistance to Pakistan, enriching the categories and sectors, expanding the input into areas with pressing demands including FATA and Balochistan.

Muhammad Aslam Chaudhry, Joint Secretary, and Economic Affairs Division   thanked the Government of China for the  initiative to provide immediate response to meet the needs of communities in FATA and Balochistan. “This project would support the people in restoration of livelihoods and help to rebuild their lives.” he added.

Ignacio Artaza, UNDP Pakistan Country Director said that FATA and Balochistan were amongst the country’s least developed regions and, in recent years, they had been severely affected by disasters.  He Ignacio Artaza  said: “This support from China will help temporarily displaced families get back on their feet as they return home after years of uncertainty, and help ensure that schools in Balochistan meet the necessary conditions to keep young students in school.”

The recovery project is supported by the Ministry of Commerce of the People’s Republic of China and implemented by UNDP. The project aims to provide immediate response to meet the needs of the affected individual and communities through the distribution of essential supplies for the restoration of livelihoods.

This initiative builds on UNDP’s ongoing support for early recovery and rehabilitation of affected populations in Pakistan and will provide 56,700 people (8,100 families) in Kurram, South Waziristan, North Waziristan, Khyber and Orakzai Agencies with construction kits to rebuild their homes, as well as essential household items.

In Balochistan’s Naseerabad, Jafferabad and Sohbatpur districts, which were the worst affected by the 2010–11 floods, 375 schools will receive new furniture and education kits. The project will be implemented in partnership with government stakeholders including the Disaster Management Authority, FATA Secretariat and Temporarily Displaced People Secretariat in FATA, and in Balochistan the Departments of Education and Planning and Development.

Published in The Balochistan Point on February 03, 2018

2018-02-03
admin
Previous: QUETTA: Official activities at PHE office of South Region hang on as the retired Chief Engineer does not leave office
Next: Veteran Baloch journalist Siddque Baloch passes away in Karachi