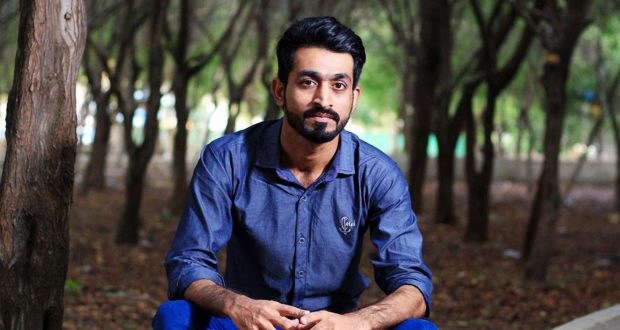 Just when many thought it impossible for Chiragh Baloch to raise the bar in creativity, he has done it again. Known as a talented man with vision, Chiragh Baloch is an Artist, Vine Actor, YouTuber, Musician and Web Developer. He is hosting a weekly show named “The Chiragh Baloch Show.” in the show, he is featuring the hidden talents actors, singers, directors and many more (tagged Balochistan).

Chiragh Baloch is not a type of successful entrepreneur who is easily categorized in a few written notes. He can be best described as a multi-talented go-getter who identifies numerous opportunities and successfully grabs them immediately. His education and life journey have provided him with a unique set of skills that led to the establishment of VshGap Messenger- a chat messenger with free audio and video that have around 50 thousand users and this weekly show known as “The Chiragh Baloch Show.”

Born in 1990 in Pasni, Balochistan, Pakistan, Chiragh Baloch did his Masters in Information Technology in Moscow, Russia after which he moved to the United States. Back In 2014, Chiragh Baloch, who usually entertain audiences, became known for his online Vine videos on Facebook, YouTube & Instagram. Since then, he has grown to become a multi-talented personality in many fields.

Besides airing weekly, the show has grown in subscribers on its Youtube channel with the majority of its views coming from the primed age group. Some Balochistan has already been featured which include Mukhtar Ghulam, Wahab Baloch, Kaifi Khalil to name a few.

When he is not hosting the show, Chiragh Baloch will be busy doing some other things like web developments and music. His music is available on iTunes, Apple Music, Google Play Music, Amazon Music, Spotify, and iHeardRadio.

Haris Baloch is a young Entrepreneur writer from Balochistan.

Published in The Balochistan Point on July 28, 2019