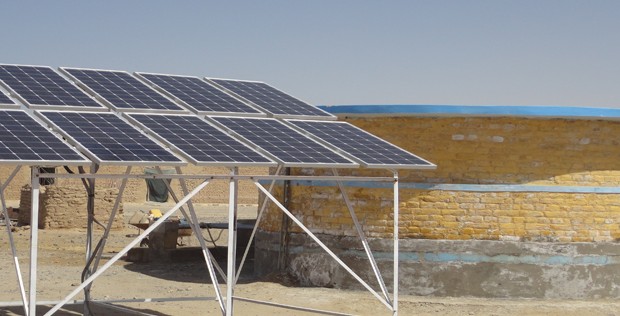 Quetta: The Adviser to the Prime Minister for Millennium Development Goals (MDGs), Mir Ghulam Dastagir Badini has said that provision of clean drinking water and other basic amenities to the masses is the top most responsibility of the government.

He expressed these views while addressing to the closing ceremony of the project of installation of solar pumps for clean drinking in different parts of Noshki district.

Azat Foundation (AF) Balochistan with financial assistance of USAID under its SGAFP launched a project in March this year.

The project was aimed at decreasing water borne diseases through innovative and sustainable infrastructure and raising awareness on good practices of safe drinking water and hygiene in areas of Noshki, including that Daak and Anam bostan.

Around 400 households are benefitting directly through this intervention and 350 households indirectly.

MPA Mir Ghulam Dastagir Badini who was also chief guest in the ceremony appreciated USAID for supporting project as through this project hundreds of people in remote areas would have access to clean drinking water.

He said that government is paying special focus to ensure cleaning drinking water and health facilities to the masses at their doorsteps, adding that provision of potable water would largely help reduce the risk of water borne diseases such as cholera, typhoid, diarrhea and hepatitis.

Published in The Balochistan Point on December 12, 2014