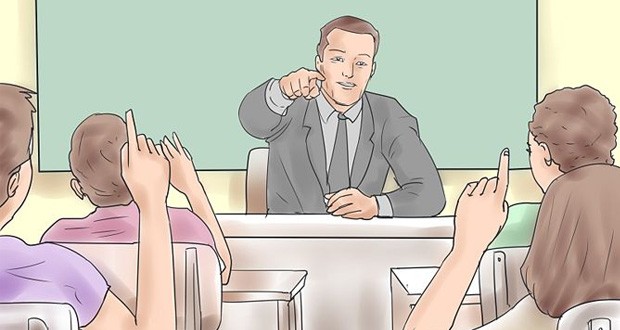 Commonsense Can Rescue Our Education System

Quetta – Today we need nothing more than common sense when it comes to management and reformation of the education system in Balochistan. For decades now, successive governments have ‘tried’ and pitifully failed to bring meaningful changes to the sector. Undoubtedly, exposed to the peripheral nervous system of everyone are the various development projects often projecting rosy prospects, expensive consultants hurling words contrary to despondency, and publicizing ‘comprehensive’ reports carrying lots of dazzling stats appealing well to those who desperately want to see a meaningful breakthrough in the sector. However, to a sharp contrast to all the aforementioned measures on the part of the successive governments, nothing significantly has changed but its ‘measures’.

Given the disarray enveloping the sector for long in Balochistan accompanied by a variety of cosmetic measures, is it not pertinent to resort to commonsense or apply it as an underlying premise for building the policy and implementation edifice of the sector? Given the predominantly subjective gene of the ‘commonsense’, it is, however, likely that it may be termed as unsystematic and subjective prescription for the syndrome ailing the education sector in Balochistan. Still, as it (the commonsense) carries a lot of sense that appears in the shortest supply when it comes to the governors, hence it is not unwise to start something with an iota of sense.

One of the typical criteria for making a thing successful or effectively delivered can be a doer’s clarity of thought and his or her commitment or will to deliver. Here, the doer is the government and the commitment entails educating the people. Unfortunately, the absence of education policy, and the gloomy stats emanating from the independent sources reveal nothing other than that the doer (government) neither possesses clarity of thought nor the requisite resolve or will to deliver. According to ASER report 2015, in Balochistan only 22.6 percent children are attending pre-school; 29.5 percent children are out of school; 28.6 and 26.8 percent of the children of class five can read Urdu and English sentences of class two respectively; 45.2 and 43.8 percent of children can ready story and do division respectively. Based on the prevailing state of affairs party reflected by the stats of ASER report 2015, the dictation of the commonsense is very lucid: the government must first be clear about what to do (policy) that must practically be followed by a genuine and an accountable execution of the policy.

The commonsense enlightens one of the very likely causes that have seriously restrained the successive governments from managing the education sector policy in an effective, efficient and accountable manner. Evidently, in Balochistan’s history no visionary political-executive (political leadership and will) has ever appeared on the provincial horizon to grasp and resolve the longstanding and delicate issues of education sector. Similarly, the bureaucratic apparatus has also been captive of the chronic and characteristic diseases of alleged corruption, evident incompetence and less or no accountability for delivery. Besides, political and bureaucratic hurdles, education being a part and parcel of a bigger whole – the society – one another significant barrier can be the societal attitude towards education.

One can easily notice through the eyes of commonsense a huge psychological barrier erected in the way of education. Is the profession of teaching a first-choice career option in our society? The answer to this simple question is a sharp no. What is the bona fide priority number of the profession of teaching in our society? Again, it is the lowest as suggested by a finding of a study wherein teachers were asked if they were provided with an opportunity to make choice between teaching and other professions, what they would choose. Majority said they would probably choose some other profession. The aforementioned finding clearly reflects the level of clarity and commitment on the part of the teaching professionals. Here again the lesson of commonsense is obvious: demoralized and disheartened force of educationists, entrusted with the gigantic task of enlightening and training the future generations, ought to be motivated, trained, equipped and facilitated so that they could concentrate on objectives set for their profession.

Besides the psychological barriers, a variety of physical barriers also contribute to discourage our teaching profession. The foremost culprit in this regard is the unattractive incentive structure offered to the teaching profession. Another factor naked to eyes is the physical environment of the schools that include missing, nonfunctional or dull facilities characterized by clogged toilets or even no toilets, no potable drinking water, absence of recreational facilities and boundary walls, leaking classroom ceilings, less visible blackboards and other outdated and boring teaching and learning materials. All these physical barriers continue to make learning and teaching boring and dull for the teachers and students simultaneously. It is because man is aesthetic by nature, and the general environment prevailing in our schools annoys both teachers and students concurrently.

Now come to the equality and equity discourse associated to education sector. Undoubtedly, one of the boons of the high standard private education is that it prepares a cadre of competitive human resource. In sharp contrast to its benefits, the bane of the private sector appears concealed from the peripheral nervous system of the government. Besides high standard private schools, the mushroom growth of dummy private schools, taking advantage of the vacuum created by the public sector, are little or never regulated by the government. Hence it is safe to assume that the government must not be having any precise clue or data indicating its know-how regarding the quantity and quality aspects of these private schools. Moreover, the government in actuality appears clueless regarding the different amounts of fees charged by the private schools. I bet no one at the helm can provide us a data showing comparative rates of all the private schools in Balochistan. In this way the people out of no other suitable choice have been left to the mercy of burglars in the guise of educators. Moreover, can the concerned currently at the helm be asked to justify to the citizens its approval to some of the schools that are charging monthly fees from a child that is more than a labour’s monthly minimum wage as prescribed by the government? The answer is again a definite no. In fact, failure on the part of the government to ensure equitable and equal educational services can be one of its biggest failures.

Published in The Balochistan Point on January 6, 2015

2016-01-06
Editor
Previous: What is Early Childhood Development?
Next: Education Problems of Balochistan Discussed