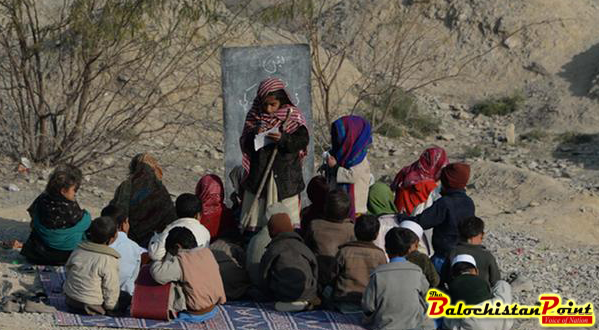 In Kech, the second largest district of Balochistan, we have 56 functioning government high schools. More students are attending public schools, but like many other districts of Balochsitan, public schools in district Kech are not provided with necessary facilities.

The government schools are mostly deprived of fundamental amenities while the government is merely relying on rhetorical promises about improving the education sector. Educational institutions are the nursery to nurture our children morally and socially.

But the lack of implementation in terms of educational legislation and dearth of skilled teachers, shortage of classrooms, lack of laboratories or libraries, unavailability of water and power supply and late distribution of course books have increased the misery of the students in Kech district.

On the other hand, the education department is grappling with the issue of absence of teachers which over the years has been taking toll on student’s learning. The absent teachers are regularly drawing salaries but not delivering their services in numerous government schools of District Kech. Hence, despite enough number of teachers, majority of the schools are without teachers.

The government of Balochistan and concern educational authorities must decide to take strict action against those teachers, who remain absent from their duties but draw salaries. As compared to the government schools the quality of private schools is much better, but the people with financial crisis cannot afford to admit their children in private schools.

It is the responsibility of the government to eradicate these chronic issues of government schools and fully equip them to provide standard education to the children of poor inhabitants of district Kech and save the future of next generation.

Education plays a vital role in the progress of any nation. The provincial government must not ignore the importance of quality education and should take pragmatic steps to assure the quality of education and facilitate the poor masses to get access to basic educational facilities.

Published in The Balochistan Point on July 26, 2017