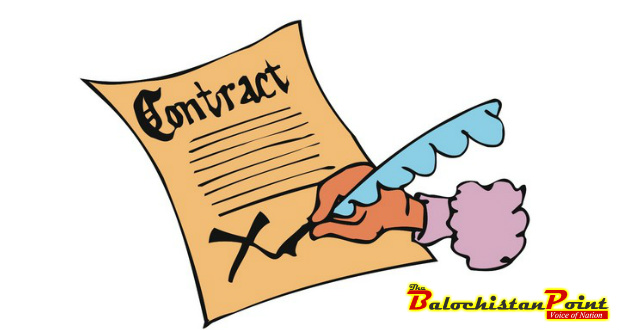 Do We Need New Social Contract?

The origin of the ‘social contract’ can be traced back to the point of time in human life when people had successfully evolved the concept of ‘living together’. The basic manifestation of their evolved tradition of ‘living together’ was first institutionalized into the configuration of ‘family’. The constitutional provisions of the first social contract included security of life, honour and property, provision of food, and survival and perpetuation of human race. Hence the primitive ancestors of ours orchestrated the first constitution that included necessary provisions to regulate collective and social behavior. The contract reflected the necessity of interdependence amongst the members for their very survival, security and prosperity. Here, it is to be emphasized if today we are in compliance with the rules orchestrated by the primitive genius. The answer is a sharp no.

Like the primitive constitution of the family, today’s modern constitutions, say the constitution of the Islamic Republic of Pakistan, also incorporate all important provisions in relation to many securities and facilities regarding regulating life in a state. But, what is different and alarming is that the ideals and principles articulated in the modern social contract are confined to the pages of the constitution and auxiliary statues. These constitutional and legal provisions rarely see the light of the sun and implemented so selectively as if these were meant for a few who rule. Another difference between the two social contracts is that the rulers under the modern social contract here in our society are not equal to the rest of the members of the society in terms of rights, privileges and discretions. For instance, the administration of law, justice, economics, education and health, water and sanitation, transportation and mobility are different for the different people, say the governors and the governed. Moreover, a murderer belonging to the ruling class is often released based on a ‘settlement’ and an average citizen has to beg even for appearance before the magistrate.

The primitive ancestors of ours were genius in the sense that their first social contract (the institution of family) continues to progressively remain intact and relevant even today to constitute the basic unit of human social, political and economic life. Thanks to the institution of family that is looking after most of the needs and the problems of the individuals who form it. In our Islamic Republic of Pakistan, it is actually the institution of the family that is actually administering most of the affairs of the citizens. Otherwise the agencies of the state have become nearly dysfunctional in relation to their constitutional, moral and legal responsibilities and duties towards the members of the state known as citizens. Let us highlight how the single institution of the family is more powerful and resourceful than the countless powerful and resourceful agencies of the government in terms of fulfilling the basic needs and resolving maximum problems of its members.

Unlike in the exemplary primitive familial society where all-for-all was the principle to handle social behavior of the members, today’s statecraft (ours) is unfortunately too crippled to make compliance of the principle – all-for-all. Let me clarify this ‘all-for-all’ theory first to avoid any ambiguity in the minds of the readers. The ‘all-for-all’ connotes equality of rights and opportunities in the simplest terms. Now, look at the prevailing system and see if there appears any situation substantiating the model of living together – the all-for-all model of the primitive people. I know your answer that is a disappointing no.

Today we have come to the stage in our indigenous evolution of social and political affairs that everyone is obliged to spend money for every service, e.g. food, water, health, education, transport, sanitation etc. But, what is more frightening is the evolution of some unique discoveries in our socio-political system. The citizens are also supposed to procure their rights as guaranteed by the constitution of the country. First, right to life, honour and property are all procurable in the republic rather than guaranteed free. For instance, god forbid, you are robbed or being deprived by someone from your material valuables, you are then first obliged to have to bribe the police officials for the registration of FIR, then to invest in the investigation branch for the objective reporting and then procure a legal counsel to pursue the case in the court of law. Still, given the lowest conviction rate in the country and the corruption in the judicial institutions – as prescribed in many issues of the Transparency International- there is no guarantee that you would procure the right to property. All these procurement are sponsored by the institution of family.

The implications of the denial of fundamental rights to the citizens charge societies and countries, say states, immensely and cumbersomely. It first gives birth to general and shared frustration that progressively leads to multiple fractures in the society. These fractures are: multiple and fearsome crimes, unemployment, poverty, prostitution, illiteracy, diseases (polio is the popular case study), moral decay, corruption, bad governance, you name it. These fractures later often transformed into a colossal fracture that is called ‘revolution’. Are we leading towards the colossal fracture?