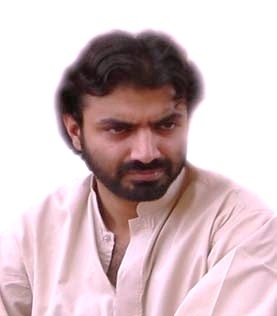 He said incidents of enforced disappearances; torture and killings in Balochistan are on the rise, as security forces have adopted a “pick, kill and dump” policy against educated youth and political activists in the region.

Speaking to the ANI Bugti said, “There are many international issues like Syria, Ukraine and the Arab Spring, but it does not mean that the Balochistan issue should be ignored,”

He added: “Earlier, I raised the issue that from 2005 till date, more than 100,000-120,000 people have been killed, and twenty thousand people are missing. That’s the reason why we request all international organizations who work for humanity and the international media, to visit these places to find out and check the truth”.

Bugti claims the United States, which has been fighting a war against terror in Afghanistan, must talk with the Baloch for peace in the region.

Bugti blames the Pakistan Government for discriminating against the Baloch and exploiting the provinces’ natural resources.

The recent finding of unmarked graves in the Tutak area of Balochistan’s Khuzdar District reveals a tragic reality in Balochistan. The Asian Human Rights Commission (AHRC) says that 169 bodies have been recovered from the graves. Pakistani officials, however, deny these claims, arguing that the total number of bodies is only 19.