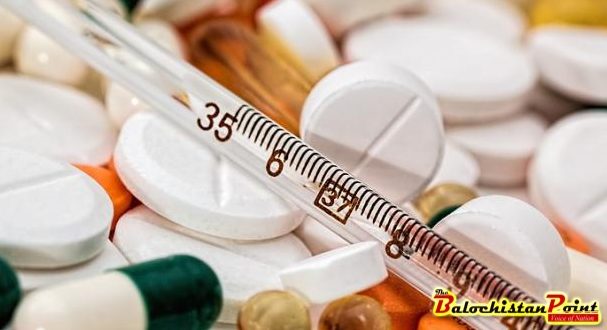 Drug companies cheating countries out of billions in tax revenues

ISLAMABAD: The world’s biggest pharmaceutical companies appear to be dodging an estimated $3.8 billion in tax per year across 16 countries, reveals a new report from Oxfam today.

The report, ‘Prescription for Poverty,’ analyzes the financial disclosures from Pfizer, Merck, Johnson & Johnson and Abbott, between 2013 and 2015. In the 7 developing countries where data was available (Chile, Colombia, Ecuador, India, Pakistan, Peru, Thailand), companies appear to avoid an estimated $112 million in taxes every year.

If these governments invested this money in healthcare, it could pay for 10 million girls to be vaccinated against the virus that causes cervical cancer – one of the deadliest forms of cancer responsible for the death of one woman every two minutes across the globe.  Nearly 90 percent of these deaths are women in developing countries.

Abbott and Pfizer account for nearly all the $4.7 million that would be due to Ecuador, and Pfizer alone for the $1.7 million that would be due to Pakistan. Tax dodging is fuelling the inequality crisis, widening the gap between rich and poor. When drug companies dodge tax, it is the poorest in society who suffer the most as governments seek to balance their budgets by cutting essential services and raising other forms of tax. Often it is poor women who rely more heavily on public healthcare services, provide care for loved ones when healthcare systems fail, and foot the bill for regressive taxes, who pay the highest price.

Winnie Byanyima, Oxfam International’s Executive Director, said: “No one should watch their children suffer without healthcare or be forced to choose between buying food or the medicines they need to stay alive. Yet this is happening every day and the way drug companies do business is contributing to this tragedy.

“Drug companies appear to be cheating governments out of tax revenues that could be invested in healthcare. They are pricing medicines out of the reach of poor people. And they are using their power and influence to torpedo any attempt to cut the cost of drugs and police their tax practices.”

Pfizer, Merck, Johnson & Johnson, and Abbot produce well-known brands such as Neutrogena, Anadin, and Tylenol, as well as lifesaving medicines.  They are among the world’s biggest pharmaceutical companies with global revenues topping $1.8 trillion in the 10 years from 2006 to 2015.

Oxfam’s analysis suggests these four companies are shifting profits out of countries where they do their business and into tax havens that charge little or no tax. The companies are secretive about their finances but the available data reveals average pre-tax profit margins of just six percent in countries with standard tax rates, compared to 31 percent in the tax havens of the Netherlands, Belgium, Ireland and Singapore. Such practices, while not necessarily illegal, are not in line with the spirit of the law.

‘Prescription for Poverty’ also outlines how the companies undermine poor people’s health by overpricing medicines – putting them out of reach for cash strapped public health services and poor patients. The report also details how the pharmaceutical industry are using their economic and political clout to shape government policy on tax, trade and health in their own interest – particularly in the US where the industry spends over $200 million every year on lobbyists and political donations.

Byanyima said:“These drug companies present themselves as bastions of social responsibility, but their business practices tell a different story. Pfizer, Merck, Johnson & Johnson and Abbot must pay their taxes; make their medicines affordable; and stop rigging government rules in ways that undermine the fight against poverty and inequality. “

“Governments must also insist that companies publish financial information for every country where they do business, so it is clear if they are paying their fair share of tax,” added Byanyima.

Published in The Balochistan Point on September 19, 2018