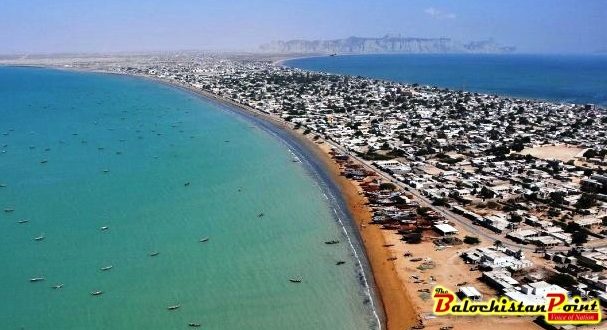 Offering the shortest and most convenient trade route to Central Asia, Africa and the Middle East, the deep- sea port of Gwadar in Pakistan also links up China’s large, land-locked province of Xinjiang to the Arabian Sea.

Taking center-stage ever since China’s mega-project, the Belt and Road Initiative (BRI) kicked off, Gwadar port has made the China-Pakistan Economic Corridor (CPEC) the “flagship corridor” out of all the six corridors of the BRI.

Directly accessible sans any diversions via the Straits of Hormuz, this port is time-saving for consignments from the Middle East and Africa to China as the distance is hardly 3,400 miles.

Notwithstanding all these advantages, unfortunately Gwadar city has remained somewhat under-developed in the first phase of projects under the CPEC. But things are bound to change fast as the new government under Prime Minister Imran Khan has decided to “broaden the CPEC base” and allow more third-party investment.

Switching focus to developing Gwadar on a fast-track basis, its water and electricity issues are to be sorted first out so that the port city can become industrialized and more economically viable.

Hoping that it will bring in faster returns on investments, Gwadar has been accorded the level of a “stand-alone” project. While in the next phase, investment by friendly regional countries will be encouraged in the special economic zones as well.

Re-prioritizing Gwadar as a center of industries for export markets, the development commissions of both China and Pakistan want to highlight its excellent location and trans-shipment and free-zone potential.

Expediting the ground-breaking work of the Gwadar International Airport and a hospital and technical institute by the end of this year, the city is set to grow in the next two years.

Re-prioritizing Gwadar as a center of industries for export markets, the development commissions of both China and Pakistan want to highlight its excellent location and trans-shipment and free-zone potential

Right now, the Gwadar peninsula is home to around 100,000 people but as the city develops the population is expected to grow to 500, 000 by the year 2020. Addressing the water issue, several desalination plants are under process, one of which is being built with the help of the UAE and others by Switzerland and China.

In the meantime, the China Power Company plans to operate a 300- megawatt coal-fired power plant to provide electricity to Gwadar so that matter will also be dealt with.

Discussing Imran Khan’s special focus on rapid industrialization in Gwadar, the Planning & Development Minister Khusro Bakhtiar says, “We cannot afford to wait any longer as our economy does not have the luxury of time. Industrialization in this Port City is a low hanging fruit, considering its prospect of international connectivity and suitable cost of transportation.”

Expediting early-harvest projects, Gwadar can begin to deliver as a unit for export and a trans-shipment hub to get the best out of the blue economy. Railway connectivity is to be upgraded as well as the western route of the CPEC, without which the hinterlands of KPK and Baluchistan provinces could not be linked to the main routes in the past.

Currently under the control of Pakistan Navy, the modalities will be worked out at the earliest. With enhanced levels of security available, there is less economic risk and it is much safer than the traditional Strait of Malacca sea line of communication (SLOC) as Gwadar is guarded by the Pakistan Navy’s Task Force 88 equipped with aircraft, fast attack boats and drones.

Once developed as per international standards, Gwadar port can finally begin operations on a larger scale. Reaching complete capacity, Gwadar can handle 300-400 million tons yearly while its natural layout and depth enables the largest ships to dock.

This year, the UAE has helped in providing various amenities for the local community in Gwadar and initiated commercial shipping under the CPEC via Gwadar. Naming it the Karachi-Gulf Express, this container service connects Abu Dhabi, Sharjah and Jebel Ali with Gwadar port.

Offering one more option for the transport of China’s oil imports from Gwadar to Xinjiang, a pipeline with the capacity of one million barrels per day is being planned. Developing into one of the largest trading hubs of the BRI, Urumqi in Xinjiang has 19 train lines running to 17 countries in Eurasia.

Nearly 3,600 tons of cargo are handled at this important trade junction today and the best way to approach it is via Gwadar. Further down the road, if countries from the Middle East and Africa join the CPEC, it becomes a totally win-win solution for trade connectivity in this part of the world.

In fact, only last year the Saudi Arabian envoy to Pakistan expressed interest in investing in Gwadar and CPEC. (Courtesy: Alarabiya English )

Sabena Siddiqui is a foreign affairs journalist and geopolitical analyst with special focus on the Belt and Road Initiative, CPEC and South Asia. She tweets @sabena_siddiqi.

2018-09-20
admin
Previous: Drug companies cheating countries out of billions in tax revenues
Next: Lack of educational facilities at Kolahoo and its nearby villages