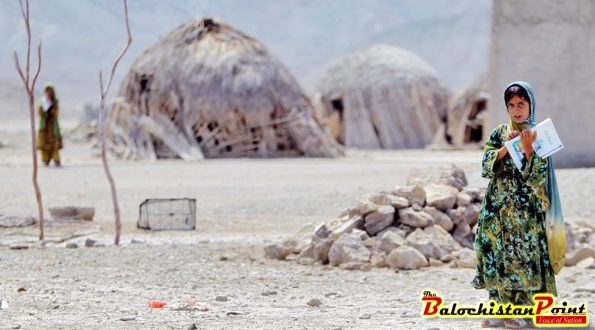 Lack of educational facilities at Kolahoo and its nearby villages

Mand, a bonny place situated in Makkran Division is totally disregarded by the provincial government where the citizens are facing beaucoup challenges like, lack of educational facilities, lack of healthcare facilities, etc, but yet the government is asleep to solve the issues. However, I am not wrong to mention that Balochistan is one of the most prosperous provinces of Pakistan is always lagging behind owing to a great quality of education.

The education means the knowledge, skill, and understanding that you get from attending a school, college, or university.  But despondently half of the children are out of school in Balochistan due to poverty and the negligence of the citizens or the state.

Additionally, the children who are studying in the government schools in the province are deprived of the fundamental opportunities and basic needs like, building walls, chairs, punctual teachers, toilets, drinking water, electricity, school course books and so on.

On the other hand, in Balochistan the education system is not showing an affirmative picture. Mostly the impecunious or innocent children are left in the lurch by the government. For, she is not paying any attention towards the development of education in the province and providing quality education.

Moreover, the penurious students are deprived of the rudimentary opportunities owing to this their bright future is dark. Although, there are three main reasons which are the responsible of our backwardness   regarding education.

Firstly, there is the absence of course-books and other necessities. As in the province the course books are not being distributed by the exact time and most of the books are outdated too, other facilities like teachers, class-rooms, etc.

Thirdly, the members of our society are illiterate and they are unaware about the benefits of education and knowledge. Most of the parents are sending their children to find works and boost their family incomes.

Nevertheless, Balochistan is the worst province owing to a well-founded quality of education and the Baloch youths are deprived of the meat-and-potatoes opportunities for gaining a majestic education. In the province most of the schools are broken where monumental facilities are afar. However, it is piteous that Balochistan being the richest province is still underprivileged really makes the citizens upset.

In addition, I myself love visiting the schools recently, I went to Kolahoo and visited to the nearby areas of kolahoo were shocked when I saw the conditions of the government-run schools. Conversely, in Balochistan mostly girls are out of school and sewing clothes. For they are neglected by the parents and government.

Furthermore, there are plenty of ghost schools in the province, mainly because teachers do not bother to show up to teach. As there are many teachers receiving their payments monthly without attending the classes and the negligence of the government is unsettling the students to read further.In the province mostly the teachers are appointed on the basis of recommendations and references rather than qualifications. This all has led to the disastrous situation we find ourselves in this modern era.

In Balochistan, there are multitude villages which are totally ignored by the government as Kolahoo is one of the drop-dead villages in Tump Tehsil. Sadly, the people of this village are deprived of the splendid quality of education, even though its people are too thirsty for gaining education. Although, Kolahoo’s schools are among those schools of Tump which are broken and they are not having the needs and facilities.

Recently, a parent based in Kolahoo said, ” My son has a dream to be a doctor but I am very much depressed, because we are impoverished and do not have money to send our son to a private institution and the government-run schools are out of condition.”

Ali, 25, mason as profession expressed his disappointment, ” I feel very disappointed that I am a pauper, but it makes me very melancholy today, I am a mason and tomorrow my sons are going to be the same because, of poverty we are losing our strength and our dreams are crushed out.”

The provincial government has failed to address this issue and ensure that teachers do their jobs honestly and solemnly.

Despite, the Article 25-A of the Constitution quotes, “free and compulsory education is mandatory for all children between the age of five and 16.” But unfortunately, the state has failed to implement the said provision of the Constitution in true spirit as Balochistan has been badly governed for decades, and as a result of which the literacy rate in the province has gone down.

2018-09-20
admin
Previous: How Pakistan’s Gwadar Port can help Gulf trade connectivity
Next: The epic story of Hammal and Mahganj