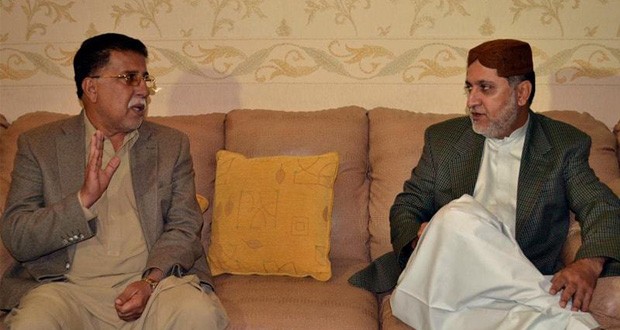 Akhtar Mengal made this statement while talking to media after meeting Sardar Sadiq Umrani, President of Provincial chapter of PPP.

Former CM said that CPEC project agreement has been signed without taking the local people of Balochistan into confidence.

“We cannot endorse such development project which violates the rights of indigenous population,” said Mr. Mengal. He alleged that residents of Gwadar in no way were benefitted through the construction of Gwadar seaport project.

Proposed changes in route of CPEC have been a source of tension between Federal government and politicians of Balochistan and Khyber Pakhtunkhwa (KP).

Mr. Rahim Zafar had told The Balochistan Point in an interview that Zhob-Quetta Route of CPEC, as demanded by politicians of Balochistan and KP, is not feasible.

Statement of Akhtar Mengal has made the issue more complex.

Published in The Balochistan Point on February 26, 2015