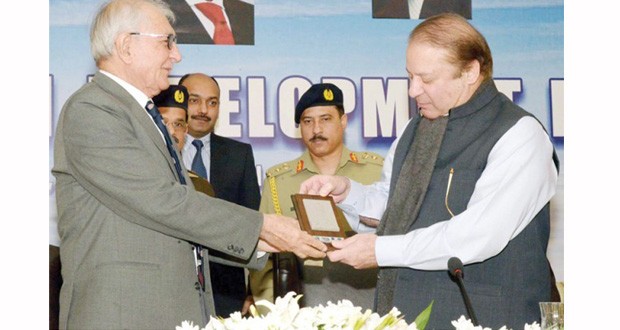 Balochistan Development forum (BDF) is taking place in Marriott hotel Islamabad from 19th to 21th January. BDF is being conducted by Chief Minister’s Policy reforms Unit (CMPRU) with technical support of UNDP. The stated purpose of this forum is to share the development vision of government of Balochistan with federal government and donor agencies and get their support. It’s also meant to entice the foreign investors to invest in resources rich Balochistan. However there is one major flaw, the publications used by CMPRU which act as development vision of Balochistan government have some basic level mistakes and those have not been corrected despite being identified.

Mistakes in a CMPRU publication “Mapping of Rural Settlements” were identified by The Balochistan point. Head of CMPRU, Mr. Kaiser Bengali told The Balochistan Point that CMPRU has no mandate to rectify those mistakes because mistakes are in source data of Planning and Development (P&D) department of Balochistan. Almost entire cabinet of Balochistan is attending BDF, including the minister of P&D. There is no reason that CMPRU can’t ask the concerned department to correct their data so that basic mistakes in CMPRU publication can be corrected as well.

Express Tribune has specifically reported that how CMPRU has used GIS technology to “map the rural areas and water resources and their development potential.” What Express Tribune failed to report is that the same publication, produced with the help of GIS technology, contains basic errors. It’s not very hard to understand that any development policy made based on incorrect mapping will be flawed from the outset. At least, CMPRU should have been honest and told the participants of the BDF about the flaws in their publication which still require correction.

The buck stops at Chief Minister (CM) of Balochistan and He is the one who is ultimately responsible for conduct of CMPRU. He is the one who has authorized the use of CMPRU publications as development vision of Balochistan without any verification. At the moment, CM Balochistan is facing serious problems running the province. BDF is nothing more than an attempt to distract the people from the harsh realities of Balochistan. The situation in Balochistan is not conducive for any investment or mega development. First the issues related to the security are needed to be addressed. Those issues in turn require a political solution of the Balochistan conflict.

Balochistan is faced with many basic problems such as bad governance, massive corruption, and nepotism and so on. In such circumstances, conducting BDF for the sake of self-promotion and political mileage is last thing that should have been done by a so-called middle class CM of Balochistan. In the best interest of people of Balochistan Dr. Malik should refrain from such futile exercises and instead concentrate on solving the most basic issues relating to governance such as appointment of Additional Chief Secretary (P&D).

CMPRU needs to correct the basic mistakes in its publications. In this age of digital media they can’t get way with the mistakes not corrected. Conducing BDF in Marriot hotel proves that CMPRU is not short of resources. It should use those resources to correct its mistakes or at least give a time frame, publicly, for the correction. If Dr. Malik Balochistan and management of CMPRU are sincere in development of Balochistan then they need to take the required action to prove it.

Published in The Balochistan Point of January 20, 2015

2015-01-20
Editor
Previous: Exclusive Interview Of Sardar Akhtar Mengal
Next: Attitude Of Center Towards Balochistan Has Not Changed For Last 67 Years: Akhtar Mengal