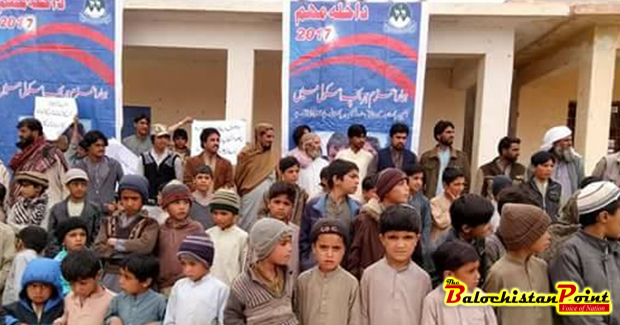 KALAT: District Education Officer (DEO) Kalat, Sher Ahmed Sumalani has said that education enrollment campaign has been launched in district Kalat and it will be continued in all clusters of district to mobilize people; he said this while talking to the Balochistan Point on Monday.

Mr. Sumalani said that there would be great emphasize on enrollment of all out of school girls as well.

He said: “We will engage tribal figure, social activists, religious scholars, students, teachers and local representatives in the enrollment campaign to motivate out of school children to join classes.”

He said that first time they were going to select some model villages and clusters in district where they aimed to ensure 100% enrollment of the children, adding that school enrollments would be continued till April.

Sher Ahmed Sumalani vowed that they would mobilize all people to make the enrollment campaign successful. “This campaign is being run on voluntarily basis in collaboration with Human Prosperity Organization (HPO) Balochistan.” He added.

Published in The Balochistan Point on February 20, 2017

2017-02-21
admin
Previous: Mother Languages Literature Festival kicked off with resolve to promote linguistic and cultural diversity to fight extremism
Next: BISP survey teams to reach each, every house hold in Balochistan: Marvi