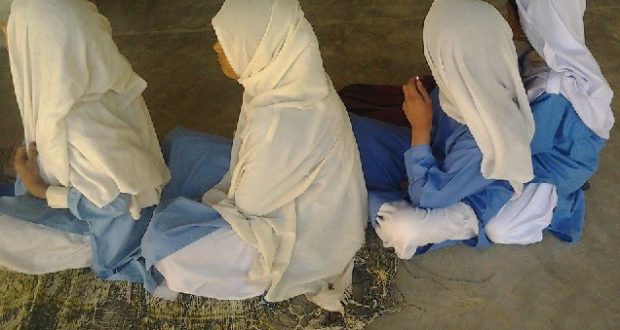 Education is known the backbone of a society and the fundamental right of every human being. It is the formal process by which a society deliberately transmits its accumulated skills, knowledge and experience from one generation to the next, constructing schools, colleges and universities.

It is the process through which one generation endeavors to pass along to another its hard-won wisdom and its aspirations for a better world. Without education no nation, society and no country can prosper. Educating the population is the greatest way towards development of a country.

Balochistan is the largest province of Pakistan in term of land and the wealth, in term of natural resources. It has multiple mineral resources in shape of gold, copper, marble, coal and many others. The area of Baluchistan lies mostly in Pakistan but also extends into southeastern Iran.

Today no unbiased person denies the fact that presently Baluchistan is suffering from number of issues among which education comes the top of the list. The reason is, the education system is completely deteriorated in the province and even there are no facilities for basic education especially in remote areas.

Many schools and colleges are being damaged because of not having skilled teachers and lecturers and this has further increased the dropout rate. It is estimated that this province has the lowest literacy rate across the country. In numerous rural areas of the province, there are no primary schools and almost 75 percent of children are out of school mostly the ones who cannot afford the expenses of education out of the town.

The governing elites and the policymakers are not paying any attention towards the educational improvement and advancement in the province. Despite some improvement in some schools’ infrastructures, there has not been any significant change. Students yet do not have access to safe drinking water across the province. Because of the shortage of text books, teachers and space students of different grades are made to sit together in one classroom following the same curriculum.

The government especially the Chief Minister of Balochistan and concerned authorities should bring reforms to the educational system and should take necessary steps to resolve the issues related the education system in the province.

Published in The Balochistan Point on December 24, 2017