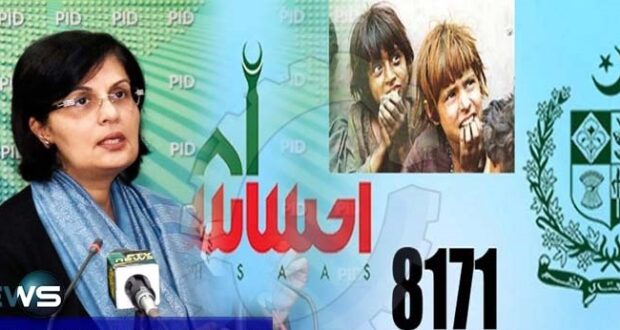 World is globally facing the COVID-19 pandemic. COVID-19 crisis is a huge challenge for human beings worldwide. Since it is not only affecting human beings physically but also mentally, socially and financially. The impact of the pandemic is different in every country, However, it is an alarming situation that pandemic is affecting people in Pakistan financially and it will most likely increase poverty.

The COVID-19 pandemic in Pakistan was confirmed on 26 February 2020. Till today thousands of cases have been tested positive and registered in all five provinces and the federal territory of Islamabad. Various steps have been taken in Pakistan to control COVID-19. With the limited resources, apart from health facilitated measures Pakistan has also taken actions for awareness campaign and lockdown to control the spread of virus.

Nevertheless, Pakistan is underdeveloped country and the planed lockdown could not be supportive for earning bread and butter. Due to the long lockdown millions of Pakistanis were compelled to strive. While lockdown was imposed on April 2nd in Balochistan, and it is still continued till today on the federal direction.

Keeping in view the sufferings of poor people, daily wage workers and other dependent individuals the government of Pakistan launched Ehsaas Emergency Cash program to financially support vulnerable people during the lockdown. Ehsaas Emergency Cash program was launched by the Prime Minister on April 1, 2020 in the context to cope with the economic hardship. The financial support was aimed to benefit 12 million families; by paying 12,000 per family. The total allocated budget for Ehsaas Emergency program was Rs. 144 billion.

In order to avail the assistance, the registration was designed through an SMS by sending applicants’ CNIC numbers to 8171 till April 19, 2020.The deserving people were also selected in different district of Balochistan.

189,701 beneficiaries were assisted in Phase-I & Phase II of Ehasaas Emergency Cash Program in Balochistan establishing 131 distribution centers. Most of the beneficiaries included female. 150 transgenders were provided with cash under the program. While many shortcomings were identified during the distribution of the cash assistance.

According to conducted survey of HARD Balochistan, Awaz Foundation Pakistan, Center for Development services and Ujala Network, many people remained deprived of the financial assistance due to unavailability of mobile service, and internet facility in different parts of Balochistan. “During the cash distribution people in Balochistan also suffered due to existence of limited cash distribution centers in Balochistan. Though there was great need for establishing centers in every Union Council of Balochistan,” Identified survey.
The study observed that access to this distribution point was not easy for women, especially women with disabilities, due to lack of transport. It should have been classified at the level of Union Councils. So that people could receive money and did not have to suffer such hardships, those who traveled miles to reach here. The beneficiaries had no idea about such a technical problem due to illiteracy.

Another problem which has been identified by The mentioned study is: “When the distribution of cash began, the closure of local transport from those areas due to the Corona Lockdown was a major issue. So in those days NADIRA office was also closed due to Lockdown which created more hurdles for beneficiaries. It should have been done before an assessment was completed and distribution centers were set up at the union level.

Additional weakness and shortcoming under the Ehsas program was when the responsible officials were questioned during the survey if they could provide any data on how many disabled persons, minorities and widows had received the fixed amount so far but such data was not available. They had the data of paid men and women who had received cash. However, no such figures were available on how many of them are disabled, minority or widowed.

It has been suggested that It should have included a quota for transgender people with disabilities and minorities in the Ehsas Cash Grant. Two or three family members of the same family had also received Emergency Cash amount, contrary to this many deserving widows could not receive money. It mirrors weaknesses and poor designing of the program. It is recommended such failings should not be repeated in the next phase so that the beneficiaries can benefit better way.

Published in The Balochistan Point on August 6, 2020

2020-08-06
admin
Previous: Live with Adnan Aamir to be launched on 8th August
Next: Right should be given to the deserving people