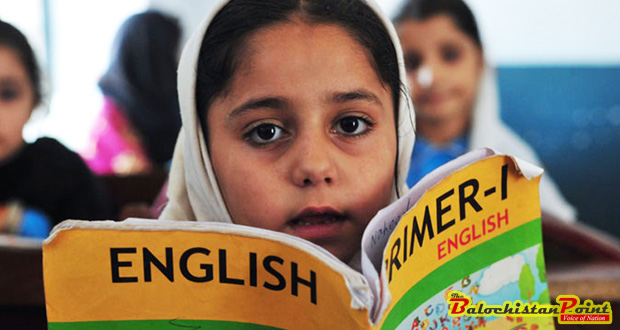 English As Medium Of Instruction In Government Schools

In a college class, one can find a lot of students who are totally clueless about what the lecturer is teaching in English. Most of these students are from government schools who were never taught English sufficiently in their schools up till class 10th. As a result these students fail to learn anything meaningful during their intermediate years and they are forced to cheat to pass the exams.

With a weak foundation in English the government school students once again fail to grasp the lectures when they join universities. Even if these students somehow manage to pass out from Universities either though cheating or using luck they will not be productive citizens due to lack of grasp on their subjects. This goes on to show that how important English is for the students studying in government schools.

Irfan Ubaid is a student who has studied in government schools of Turbat till class 7th. He then joined Balochistan Residential College (BRC) Turbat to further his studies. During Math classes in BRC Turbat, Irfan Ubaid initially didn’t know what does addition or subtraction means. He had studied Mathematics till class 7th but in Urdu and therefore additiona and subtraction were something new for him. He had to work much harder than his classmates to learn Math due to his Urdu medium background.

Presently, Government of Balochistan has imposed an educational emergency in the province. Therefore, Government must give serious consideration to the suggestion of introducing English as medium of instructions in Government Schools. It must change the course curriculums of government schools into English As soon as possible.  This would allow the upcoming generations to study in a proper way. After the use of English in Government Schools, students would be able to better compete with students of Private schools. This would also facilitate the Government School students in concentrating on their subjects rather than wasting precious time learning English.