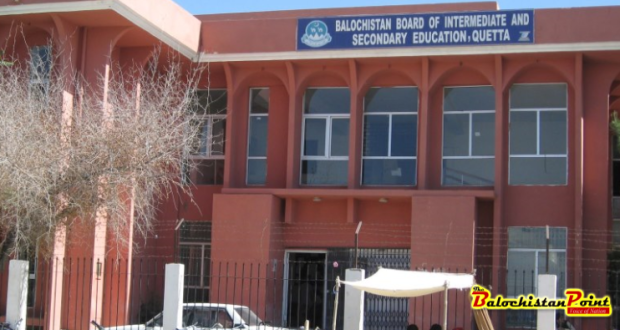 Due to large number of candidates annually the result the is announced late and most of the student remains unable to get admission in other provinces. In addition, last year on September 5th, 2015 the result of HSSC Part I & II only 28.68 percent of stands were declared pass. Out of 26,883 candidates that appeared in exams only 7,710 candidates were declared successful.

It was the worst result of entire history of BBISE Quetta. Students criticized and protested against BBISE Quetta in aftermath of the result. Nevertheless, after every announcement of results students are not being satisfied with the marking system of BBISE Quetta.

In Balochistan mostly students are not satisfied with the marking system. The cheating in exams also matters in examination but many students who do not cheat they also get less marks. This is the matter which disheartens them and they do not prepare and give up working hard. The open cheating in examination halls creates hopelessness among talented students.

There are no systematic rules and regulations in BBISE Quetta for marking papers, taking practical and viva exams. It depends on that instructor whatever marks he/she wants to give. Many talented students fail without any reasons.

No doubt, in present time many professional institutes require 60% obtained marks in HSSC for admission. Many students cannot get admission in such good institutes due to fewer marks in exams.

Many candidates criticize the BBISE Quetta that there is nepotism and favoritism. Students seem frustrated with the unprofessional attitude of staff members.

There are limited staffs at BBISE Quetta. If someone wants to verify a document so he needs to wait for hours only for submitting that, then he need to come back for at least after three days.

It is too hard for the students who live in far flung areas of Balochistan such as Turbat, Panjgour Mashkay, Gwadar, Awaran and many others come to Quetta for a minor work such as verifying documents or issuing certificate or correction of name or roll number.

Published in The Balochistan Point on August 14, 2016

2016-08-14
admin
Previous: Editorial:Bloody attack in Quetta
Next: The continuous bloodshed in Quetta: Who is to be blamed?