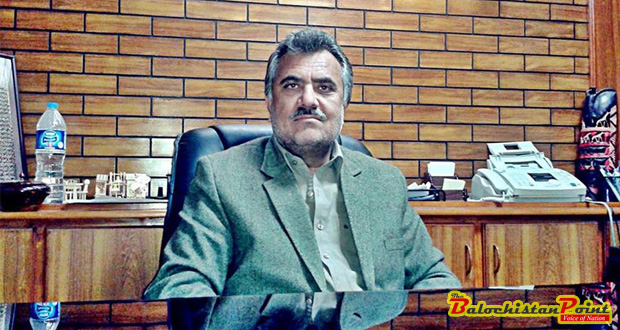 “File for Zard Ghulam Jan electric grid station is pending in Islamabad for over a year. Despite our best efforts federal bureaucracy is not clearing the file,” lamented the senator from Balochistan.

“At the moment, Finance department in Islamabad is deliberately creating hurdles for release of funds of the proposed grid station,” said disgruntled Senator Kabir.

Senator Kabir revealed that there is not a single federal secretary form Balochistan at the moment.

Published in The Balochistan Point on May 15, 2015

2015-05-16
Editor
Previous: Literacy Rate Declined In Balochistan Despite Educational Emergency
Next: Prosperity of Baloch and Pashtoons is not prosperity of Pakistan? – Asfandyar Wali