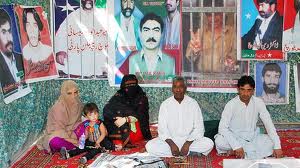 Islamabad: The federal government on Wednesday formed a task force to look into the issue of missing persons.

The additional secretary of the Ministry of Interior would be the head of task force, while additional IGs of all provinces, interior secretaries, ISI and MI officers will be a part of the team. A notification in this regard will soon be presented in the Supreme Court

According to the notification, the task force will also have a role in formulating a policy on this issue.

Additional Attorney General Mahmood Khokar is also named as a member of the task force. Despite reviewing the cases of missing persons, the task force will work for their recovery and monitoring.

Published in The Balochistan Point on July 25, 2013

2013-07-25
admin
Previous: A ‘made-in-China’ solution?
Next: Levies man among four gunned down in Khuzdar