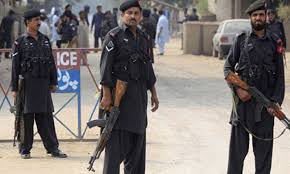 Levies man among four gunned down in Khuzdar

Quetta: Gunmen killed four people, including a Levies constable, in the Khuzdar district of Balochistan on Thursday.

According to the sources that militants, who had already taken up positions on the roadside, opened fire at a vehicle near Gazgi Chowki area of Khuzdar district.  The targeted vehicle was carrying Levies officials who were bringing injured from an earlier firing incident to the district headquarters hospital Khuzdar.

The assailants managed to flee into the nearby mountains.

There was no immediate claim of responsibility for the attack.

Published in The Balochistan Point on July 25, 2013