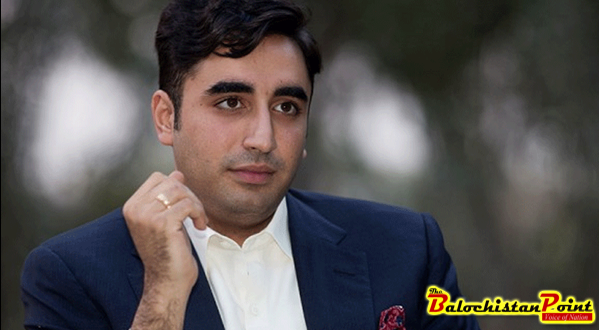 Few politicians from Balochistan have been striking backdoor deals with PM Nawaz: Bilawal

Addressing the PPP Balochistan Convention here, Bilawal alleged the Pakistan Muslim League-Nawaz led provincial government in Balochistan of being loyal to ‘Raiwind throne,’ instead of the Baloch people.

Bilawal criticized the government for ignoring the rights of Balochistan in the China-Pakistan Economic Corridor (CPEC), adding that his party would restore the confidence of the people of Balochistan in democracy.

He said that People’s Party would emerge victorious in Balochistan in 2018 elections, claiming that the next chief minister would be an ethnic Baloch from his party.

“There have been statements coming from Punjab in favour of the CPEC, but no one speaks of rights of the provinces in it and the National Action Plan,” Bilawal Bhutto Zardari lamented.

The convention was held as part of the weeklong celebrations of the PPP with regard to its 49th foundation day.