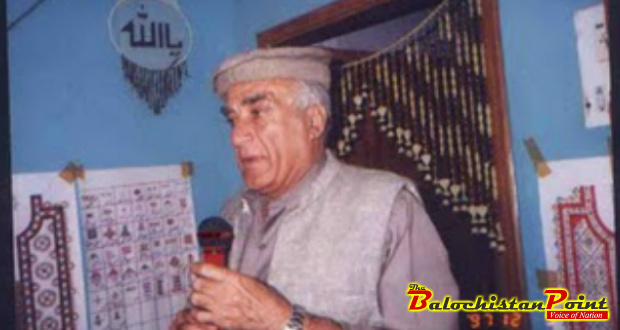 Yesterday was Lal Baksh rind’s fifth death anniversary. Lal Bux rind was a progressive and enlightened person who left a strong footprint on the history of Balochistan before departing this world.

Lal Baksh rind joined Awami League, Pakistan’s first left wing progressive party, after partition. He remained in this party till the time there was a split in it due to differences between Suharwardy and Molana Bashani. He then joined National Awami Party (NAP) and played key role in its success in Balochistan. Lal Baksh rind was imprisoned several times during his life due to his left wing politics.

During the rule of Ayub Khan, a plan was concocted to shift people of Lyari elsewhere and use this land for industrialization purposes. Lal Baksh rind, from the platform of Lyari Action committee, resisted this sinister plan. He organized masses in Lyari and protested against the proposed force eviction of people of Lyari. Under his leadership this movement gained momentum and consequently Ayub regime shelved the plan to use Lyari for industrialization purposes. 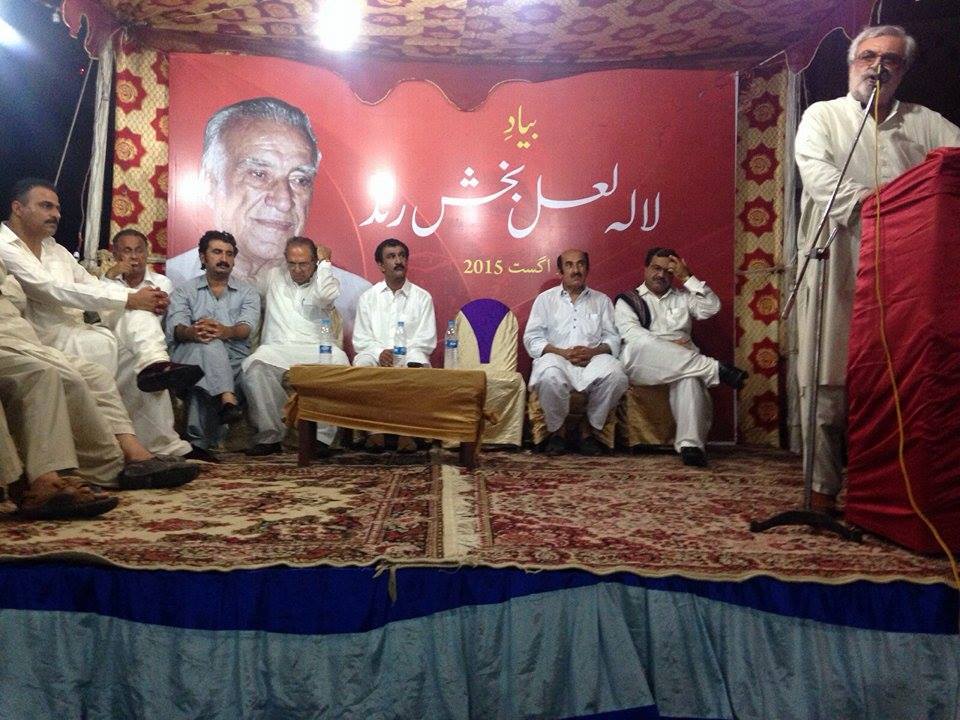 According to Lal Baksh rind, people of Lyari tilted towards PPP due to their left wing inclinations. When NAP became weak people of Lyari had no choice but to support PPP. Muslim League has always been a right wing party and therefore not an option for the people of Lyari, according to late Lal baksh rind. However PPP also let down people of Lyari using its empty slogan of Islamic socialism. The reason was that socialism is an economic system and it can’t be Islamic or un-Islamic, said Mr. Rind.

Lal Baksh Rind was a staunch critic of performance of PPP in Lyari. According to him, PPP had not benefitted Lyari in anyway. He contended that despite rule of PPP several times there are loads of problems faced by people of Lyari such as unemployment, law and order deterioration, promotion of drugs and Kalashnikov culture and so on.

Commenting on left-wing poetics of Pakistan, Lal Baksh often expressed his dismay. According to him no left wing political parties have remained in Pakistan. PPP is also a left-wing party in name only.

In 2003, it was Lal Baksh Rind who laid the foundation of Syed Zahoor Shah Hashmi reference Library in Malir locality of Karachi.

After a long protracted illness, Lal Baksh rind died on 15th August 2010 at the age of 78. Through his illustrious life, Lal Baksh rind left an unforgettable impression on the history of Balochistan.

Published in The Balochistan Point on August 16, 2015

Lyari 2015-08-16
Editor
Previous: Return of Khan of Kalat: What Politicians Say
Next: Editorial: BPSC Must Bring its House in Order