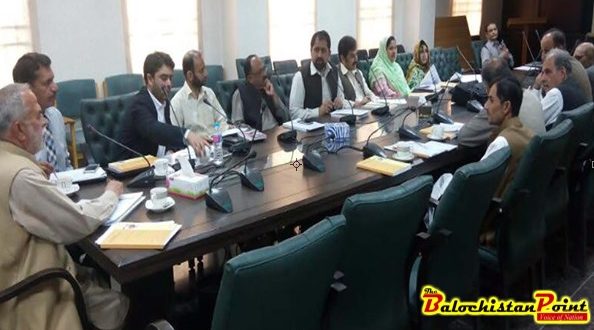 Chief Economist P&D, Mr. Ghous Marri said that the past practices showed that MICS survey indicators were aimed to indicate progress towards achievements of the goals, targets set under the international agreements, national set indicators.

He said: “MICS was viewed ambiguously in strengthening technical expertise of the Government of Balochistan in designing, implementing long term, medium term and short term goals that were planned for achieving the socio economic indicators.”

He appreciated the efforts of the MICS directorate and the UNICEF for providing technical and financial support in expertise for developing the new MICS survey in Balochistan.

Chief of Section P&D (MICS) Mr. Arif Hussain Shah said that, Upcoming Balochistan Multiple Indicators Cluster Survey (MICS) would  be undertaken to assess the situation of all indicators that were set under the United Nations Sustainable Development Goals .

“ In more a total of 169 indicators of a total of 6 categories of MICS, relevant data be collected from more than 2000 families/ household’s and will be surveyed from all the 32 Districts in the restive province. In the process of collecting data consultation sessions will be carried on from the relevant stake holders of different inline departments, civil society etc.” He added.

He elaborated that collected information would become a vital source of information and probably be used by all departments, development partners and other stakeholders. “It will further strengthen the process of designing standardized process for appropriate strategies that in long term will be very much helpful for the overall development process.” Mr. Arif Hussain.

Expounding more he said that in the year 2004 first MICS survey was conducted and in the year 2010 the second survey was compiled by sampling of more than 12378 households and that had been  appreciated in nation and international circles.