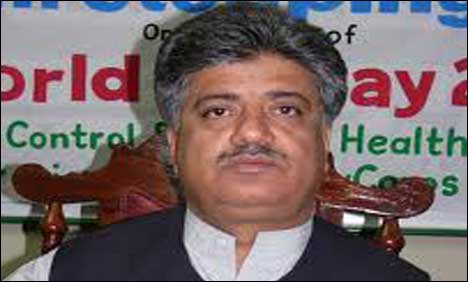 The security forces Wednesday night arrested Mir Maqbool Ahmed Lehri former Nazim Quetta, of Pakistan People’s Party (PPP) in connection with seizure of more than 100 tons of explosives from a warehouse in the Balochistan capital, raided on Tuesday.

Lehri is the provincial leader of Pakistan People’s Party. He had served as the city Nazim during former president Gen (retd) Pervez Musharraf’s regime.

According to the FC official said senior police and security officers were interrogating the former Nazim for allegedly possessing explosive materials. He said Mir Maqbool Ahmed Lehri was the owner of the warehouse where forces had recovered 100 tons of explosive materials from on Tuesday.

Another paramilitary official earlier on Wednesday said that the warehouse where troops confiscated more than 100 tons of chemicals had been used in recent attacks on troops and Hazara community.