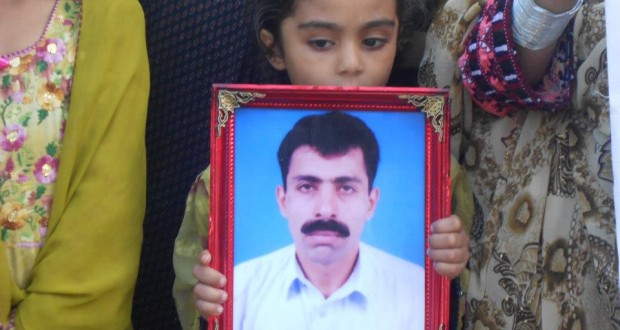 Karachi: Dead body of Baloch journalist has been identified today. The mutilated dead body of journalist Haji Abdul Razzaq Baloch was recovered on August 21. Police had recovered bodies of two Baloch men from the Surjani Town area in Karachi on Wednesday.

The victims were identified with the help of slips found from their bodies, which had their names written on it; however, the relatives of Haji Abdul Razzaq Baloch faced difficulty in identification of his body, due to the mutilated face.

The area police said 35-year-old Abdul Razzaq Baloch and 40-year-old Pathan were strangled and their bodies were found near Hamad Nawaz Farm on Hub Road within the remit of the Northern Bypass neighboring  Surjani Town police station.

The victims had gone missing from the Balochistan province and their names were included in the missing persons’ list.

Moreover,Haji Abdul Razzaq Baloch, was the sub-editor of a Mustang-based publication from the province of Balochistan. He was the resident of Karachi’s Lyari area and was said to be missing since March 24, 2013.