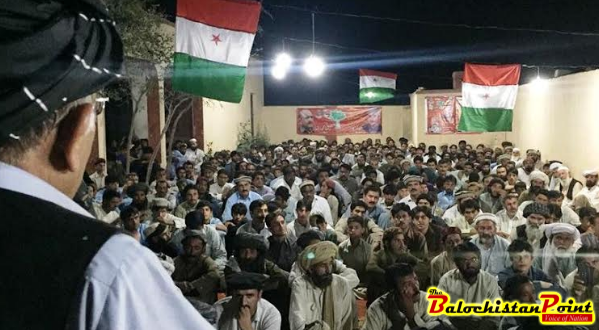 ZHOB:  As July 25th – the General Elections 2018 approaches, like elsewhere in Balochistan, a tough election campaign has also gotten momentum here in Zhob that is still known as Fort Sandeman.

The political parties including JUI-F, PML-Q, PML-N, Pk-MAP, ANP, PTI and BAP (Balochistan Awami Party) have sped-up their election campaign to attract the voters in every nook and corner of the constituency. Competition among candidates on the provincial assembly seat PB-2 and national assembly seat NA-257 are getting attention in the area. NA-257 comprises Zhob, Killa Saifullah and Sherani districts.

Candidates backed by the mainstream political parties and independent contestants are running door-to-door campaigns and holding corner meetings in both urban and rural areas of the constituency seeking voters’ support. Holding corner meetings, displaying banners, posters and door-to-door visits are the traditional ways for convincing voters prior to elections. However, some of the voters are not showing their enthusiasm in the polls and seem to be frustrated.

Twenty three candidates are in the electoral wrestling ring for the provincial assembly seat PB-2, while eleven candidates are contesting the elections for the national assembly seat NA-257. Former provincial minister Sheikh Jaffar Mandokhail, who has been winning the seat for the last two decades is facing now strong challenge in July 25th  elections. He is making all-out efforts to win the provincial seat once again.

Published in The Balochistan Point on July 23, 2018