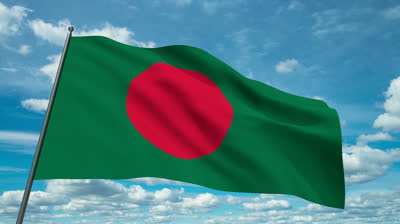 Freedom of speech: A good lesson from Bangladesh

Gautam Das, 33, Faridpur bureau chief of Bengali daily Samakal, was strangled in his office after his reporting on corruption in the ruling Bangladesh Nationalist Party (BNP), involving the ruling party officials in the construction of a road in Faridpur. Gautam Das was known for his reporting on crime and corruption.  Mr.Das was murdered in November 2005, for publishing reports on corruption. The judge of the Dhaka Speedy Trial Tribunal, Shahed Nuruddin, called Das “brave, fearless, honest” and a crusader against social injustice and graft as he handed down life sentences to the nine accused.

It was another significant instance in support of journalists, when Mexican journalist’s killer got 38 years in prison in April 2013. Jorge Antonio Hernandez Silva convicted of killing Mexican journalist Regina Martinez was sentenced to 38 years and two months in prison by a judge in the Gulf state of Veracruz.Jorge Antonio Hernandez Silva will also have to pay a fine of 17,724 pesos ($1,461) and 81,473 pesos ($6,716) in restitution.

The meaning behind inscribing above mentioned stories is truly to mention how press freedom is being valued in developed and under developed countries in the world, yet in Pakistan it can only be a dream. Journalists in Pakistan and ,mainly in Balochistan have been deprived of the right of free speech.

Balochistan, the mineral resource rich province of Pakistan, where more than 33 three journalist and reporters have been killed in last five years,is being marked  with high number of journalists murders. These Journalists  were firstly abducted and later on killed and dumped and some of them were target killed in different areas of Balochistan , allegedly by security forces .The Journalists and their family members have been target killed in Balochistan by armed organizations, who have claimed the responsibilities as well.

Reporting human rights abuse, “Kill and dump” and target killing of their fellow journalists is surely another life threat for the reporters in Balochistan. Due to the security situation in Balochistan, a large number of journalists have given up their profession, as 90% percent of the Journalists perform their duties voluntarily. Malik Siraj Akbar, a young Baloch Journalist and Editor-in-Chief of The Baloch Hal, Baluchistan’s first Online English Newspaper  fled from Pakistan due to the life threats. Ayoub Tareen and Amajad Hussain are other examples who ran away from Balochisan or Pakistan to save their lives.

Baloch journalists, who report from the restive province, are confronting number of hardships. No measures, for the protection of journalists have been made; therefore, a fear of  being  forcefully disappeared or target killed  has surrounded the professionals in Balochistan. The lives loss of their fellow journalist has panicked reporters and it has psychological effects on them because none of the killers of their fellow journalist has been arrested.

The judgments given against the killers of journalists in Banglsdesh and Mexico are truly a moral support to the journalist in the world. This action reminds the countries for their human rights protection. The government of Pakistan and other countries should learn the lesson of freedom of speech from Bangladesh and appreciate   this effort with respect to Journalists. The countries where the journalists are suffering from hardships and being killed ought to value the Freedom of speech and probe in to the cases against journalists’ murders or disappearances.

Published in The Balochistan Point on July 3, 2013