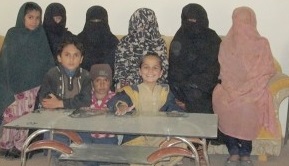 Quetta: The sister of missing Nisar Ahmed has appealed to the higher authorities for her brother’s safe recovery. While addressing a press conference at Qutte press club on Monday June1,  2013, she  appealed the President of Pakistan, Chief Justice of Pakistan ,Governor Balochistan and Chief Minister of Balochistan that to get recovered her brother Nisar Ahmed.  She alleged that during a search operation in Peer Kanu Matung on 18th January 2013, the Frontier Corps killed her brother Rasheed Ahmed along with a guest when they were asleep. Further, she informed that her brother Sadam Hussain was wounded in the raid at their house and he was then in critical condition. Her brother Nisar Ahmed was forcefully taken by FC and the higher officials make efforts for his release.