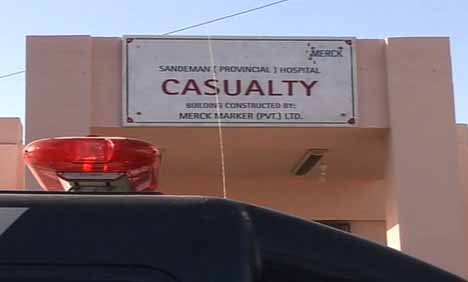 QUETTA: Three persons of a family died of gas suffocation in their house in Pashtonabad area of capital city Queta here on Tuesday,

According to the detail the incident happened due to the gas leakage at Tareen Road. Room was filled with gas, as result three persons Shabir Hussain, his wife  and son Yasir  Abbas died of suffocation. They were shifted to civil hospital where doctors declared them dead. After formality their dead bodies were sent to their native area  in Rahim Yar khan.

2014-01-01
admin
Previous: BNP-Mengal leader killed in firing
Next: The Baloch Families on March for Their Relatives