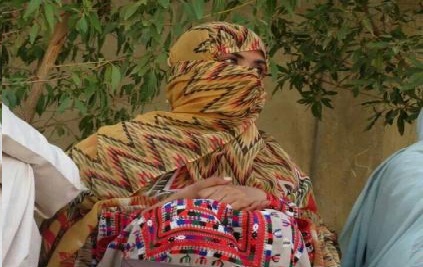 Since media has been technically advanced globally; rapid growth of various modes of media has taken place such as Face book, twitter and blogs etc. Global flow of information interconnected one state to another. Liberal democratic societies promote media and freedom of expression. Media has an affirmative role in democratic states. Today in the era of globalization media is defender of human rights, evokes international actors, when human rights are exploited. Syrian uses of chemical weapons and Malala Yousafzia for women education are two recent instances. It is generally believed that Freedom of expression has dug deep roots in the country; however, an issue is highlighted when that relates abuse of humanitarian rights of some selected sections of society.

Prominent TV channels and Journalists show integrity, humanity and sympathies with Malala Yoysafzia – 16 years old school going girl whom was attacked by Taliban. Journalists and so called free media performed their duties with zeal. Nonetheless, it ironically, failed in underlining the miseries and sufferings of those who have been persistently wronged by the rulers and establishment. The case of Missing Baloch persons is a case in point. Furthermore, should a dog die in Punjab or  should CNG be  closed in Karachi or should a protest against   NATO supply in Islamabad be going on, these issues are placed in headlines in TV channels in prime time or the print media  mirrors the same story.

The doors have been closed for 65 years old Mama Qadeer and Farazana Majeed.  Farazana  Majeed, who  was enrolled in M. Phil, in Biochemistry department would have been wearing a white coat and working in the lab  instead of sitting in a strike camp for more than three years had she not been a Baloch. She walked 700 KM in Long March from Quetta to Karachi. The discouraging role the media played was unprecedented, for Farazana is not Malala.   Farazana Majeed is contemporary of Malala. Her voice for humanity can’t be underestimated. Sense of responsibilities seems only relying upon ranking and fame in the eyes of Pakistani journalists and TV channels run only for breaking news. The bloated and injured feet of Farzana and others participating in the March were never shown to the world. The media needs to say good words for her anyway and treat Malala and Farzana, similarly other citizens equally. She deserves to be paid tribute for she is still determined and struggling for her brother and the global media is yet to open its eyes. (Courtesy : Bolan Voice)

The writer is Student of Journalism and can be contacted at balochkhank@yahoo.com

Republished in The Balochistan Point on December 11, 2013

2013-12-11
admin
Previous: The Mama Qadeer Factor
Next: If the abducted Baloch are criminals, they should be produced in courts: Mama Qadeer Baloch