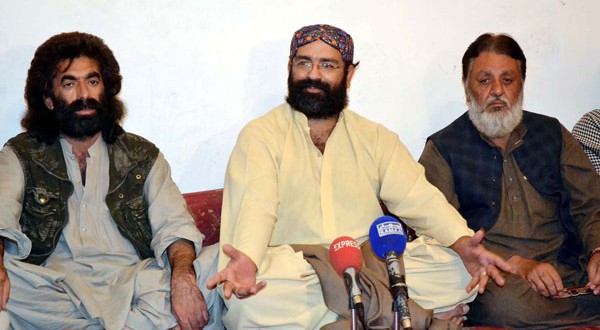 Islamabad: The leader of Jamhoori Watan Party (JWP) and grandson of late Baloch leader Nawab Akbar Bugti, Gohram Bugti, announced that he would move from Islamabad to Dera Bugti on July 24.

Addressing the media in Islamabad, Gohram Bugti said he had talked to all political parties in Islamabad and Balochistan and they had assured him of their support for the JWP and internally displaced persons’ movement towards Dera Bugti.

He said that he has also met senior officials of the federal and provincial government who have extended their support to the JWP leadership. He said the Balochistan chief minister has “assured me that reservations of Dera Bugti refugees and others would be removed and, therefore, we have decided to go back to our homes along with the refugees”.

“The chief minister has assured us to raise the Balochistan issue by fully supporting our movement towards Dera Bugti,” he added.

Published in The Balochistan Point on July 23,2013

2013-07-23
admin
Previous: BSO-Azad still exists as a strong voice for the Baloch revolution: Banuk Kareema Baloch
Next: A ‘made-in-China’ solution?