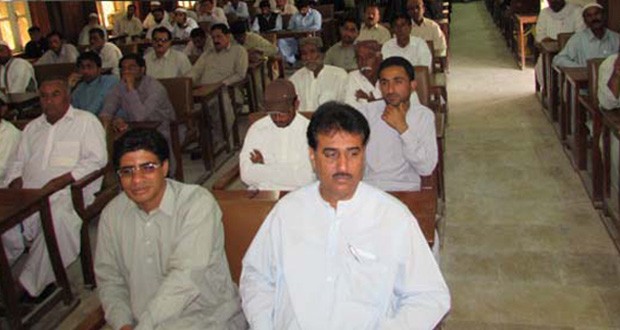 Gwadar – The final phase of local government elections in district Gwadar completed on Thursday in the district hall when Abid Sohrabi of National Party was elected as the Chairman and Haji Mola Buksh of JUI as the vice chairman of Municipal Committee.

Both were elected unopposed in the presence of the election commissioner, presiding officer, 55 councilors and the district council chairman Babu Gulab of National Party. 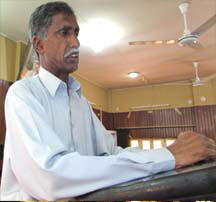 Earlier the election authorities postponed the elections in Gwadar after the Balochistan National Party-Mengal drew attention to the point that almost two thirds of the elected members were not present in the hall as required by the Local Body election rules.

Hence at that point, out of 55 only 33 elected councilors had taken oath. On Thursday after the coalition of all parties the issues were resolved and with the presence of all members of local government the oath taking of remaining 22 councilors took place.

Among the 55 elected councilors, 23 belong to the National Party, 22 from Balochistan National Party and Jamat-e-Islami, while 7 councilors from Muslim league Nawaz and 3 of Jamit Ulma e Islam.

Addressing to the newly elected local body, the district council chairman Babu Gulab said that they got local tax during the previous government but now as the rules had been modified, they would need funds from the provincial and federal government for various grass root level projects for the emerging city.