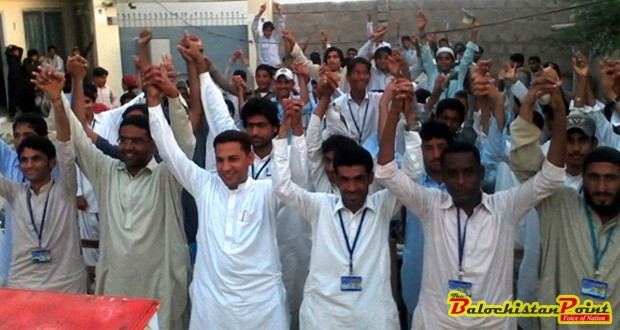 Gwadar – Municipal Committee of Gwadar has violated the voting rights of students by Selecting Student representative’s without any election.

On Friday, Municipal Committee Gwadar released a notification that declared two students named Junaid and Faisal the representatives for the students in Gwadar. While no student or student organization was taken into confidence.

Gwadar Youth Forum (GYF), a youth welfare organization based in Gwadar has protested against this violation of merit and democratic norms in selecting student representatives. A delegation of GYF met with vice chairman of municipal committee and presented him their demands.

“Gwadar is one of the world’s unique towns where student representatives are selected by political party favoritism instead of fair election,” said a student.

According to other student organizations, there have always been elections for student representatives but this time it is a clear violation of student’s rights.

Students in Gwadar demand cancellation of the aforementioned notification. However if the administration didn’t reverse the unfair decision, students will vehemently protest outside office of Municipal committee.

Published in The Balochistan Point on April 5, 2015