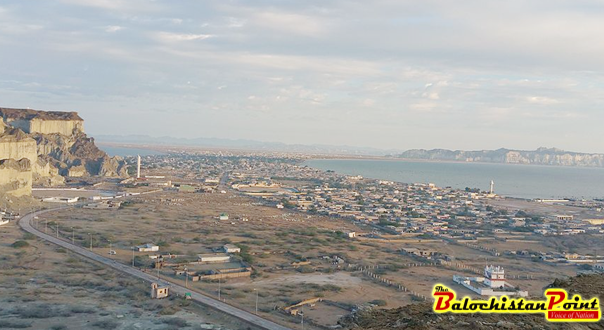 Water management  in Gwadar, a port city on the southwestern coast of Balochistan, Pakistan has turned into a severe challenge for local and national authorities. Citizens have taken to the streets to protest both against the water crisis and the authorities that have failed to pay the tanker companies which have been providing water to the city for the past months. Indeed, the city has struggled with a seemingly unending water crisis since May 2017.

This crisis is bound to get worse as Gwadar’s annual population growth rate of nearly 3 percent is expected to balloon once port companies start hiring. Meanwhile, the government has not yet not found a sustainable solution to the water issue, rather it has been paying tanker companies to truck in water from Meerani Dam in the neighboring district of Kech around 150 kilometers away from Gwadar city, at the cost of Rs. 17,000 (about $254.74) for each tanker.

Although there is enough water in Meerani Dam to supply Gwadar for a few more months, the current profit-driven model is not only draining the provincial budget on a daily basis but it is also inefficient compared to other systems such as government-run aqueducts and pipes. But the government appears unready to offer a better solution and the city has to continue to rely on trucking in water by private contractors.

This tanker-mafia — as most citizens call it — has benefited enormously from the water shortage. The contractors have repeatedly stopped stopped supplying water over payment disputes holding  the citizens of Gwadar de-facto hostage. This time, it has been more than a week since they stopped trucking water into the city forcing the citizens to take to the streets.

Struggles and protests over water are not new in Balochistan, but the repeated standoffs in Gwadar have become a major flashpoint amid rising tensions accentuated by ineffective governance, as well as growing poverty and inequality. Last November, protesters from Gwadar traveled all the way to Karachi, Pakistan’s largest city, where they protested in front of the Karachi Press Club. When this proved insufficient, the protesters also blocked a main traffic artery, the Syed Hashmi Avenue, and forced a city-wide strike to protest the water crisis during Prime Minister Shahid Khan Abbasi’s visit to Gwadar to inaugurate the newly constructed Marine Drive road.

Once the tanker companies were paid, they started to truck in water again. But this has now become an almost everyday story where the government stops payments for a time and in response the tanker-mafia announces a strike, which in turn triggers a citizens protest. Part of the problem is that the government has so far not come up with an effective solution to the ongoing water crisis. With the construction of the port since 2002, the population of the city has doubled and with other construction and industrial projects set to continue, water has been consumed at an alarming rate. During the last 20 years, Ankara Kaur Dam was the main source of water for the city but recently it dried up completely because of low rainfall and a massive build-up of silt.

With federal and Chinese funding, three new dams were completed in the last two years: Sawad, Shadi Kaur and Belar. But none have been connected to the city through pipeline systems so far. Many believe that due to climate change and droughts, even these additional dams will not be able to meet the water demands of the city. Desalination plants could be a more long-term solution. Up until now, three desalination plants have been built with millions of rupees investment, but they have proven insufficient either due to design flaws or other technical issues.

Water-tankers remain the only solution for now and while there is no shortage of funding, there is clear lack of interest in permanently solving this ongoing issue. In other words, if the scarcity of water is driven by lack of water, it is equally driven by lack of effective governance. Courtesy: The Diplomat

Mariyam Suleman is a freelance writer from Gwadar and the assistant Editor of The Balochistan Point. She is a U.S. State Department Exchange program alumna and graduated with a Masters in Sociology from the University of Karachi. She tweets at @mariyamsuleman