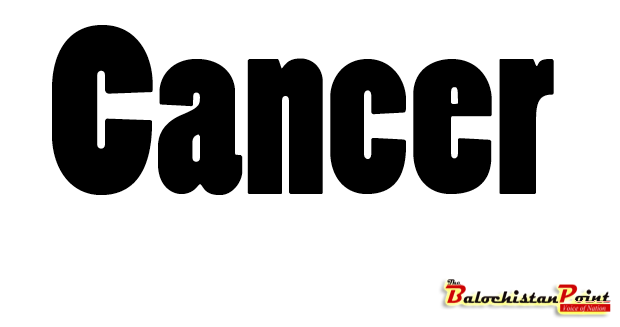 Need of a Cancer Hospital in Balochistan

Cancer is one of the lethal diseases which puts the life at risk if it remains untreated and delayed. In the resent past a large number of cases have been reported in Balochistan. In the province reported patients do not beat cancer rather they have been beaten to death. The simple reason behind the death of patients is that the whole province does not have even a single cancer hospital. The children of the Balochistan are departing from their beloved parents due to the cancer. Although, it is very hard to lose the beloved ones.

Despite, being rich in natural resources, Balochistan is, unfortunately, the poorest province.
According to a UNDP report, Balochistan has the lowest literacy rate — 40 pc and — approximately 71pc of the population lives in poverty. The province is expected to become the economic hub of South Asia because of the China-Pakistan Economic Corridor but, sadly, the province lacks good quality hospitals and other healthcare facilities.

Unfortunately in the last couple of years the number of cancer patients in Balochistan has increased, claiming lives of many families. Everyone knows how cancer has separated children from their beloved parents and relatives. Although Balochistan contributes much in terms of economy, it does not have a single cancer hospital.

Although it looks that cancer has defeated us, we have to fight against it now boldly. No doubt, efforts by civil society to combat cancer are countless; we still need to work harder to secure more donations for setting up a cancer hospital where patients could be treated free.

Recently, the chief minister of Balochistan was announced to build a cancer hospital and I hope he would do the needful. Also, the Rehan Rind Foundation seems deeply committed to fulfilling Rehan’s dream of establishing a free cancer hospital in Balochistan.

Cancer is the deadliest disease which is very common these days, as doctors have found the treatment of such recoverable diseases and are saving lives of ones who are affected by it.  But the disease continues to take lives in Balochistan. In the province, poor citizens die in silence. We have been losing many beloved sisters and brothers because of this deadly disease.

The government of Balochistan had better establish a cancer hospital in Balochistan before we lose any more young lives.

Published in The Balochistan Point on May 3, 2018