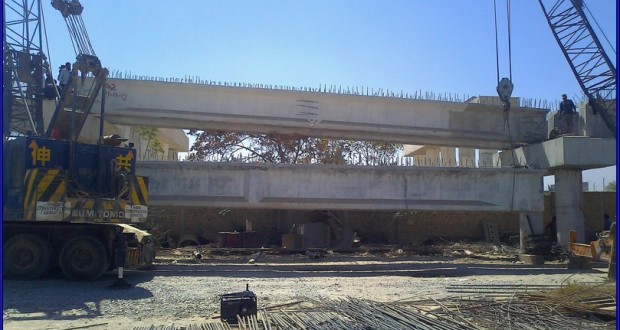 Height Of Incompetence: Sariab Flyover Not Complete After Passing Of Four Years

Quetta: The construction work on Sariab flyover is still incomplete after passing of four years. This reflects height of incompetence and apathy of Federal as well as Balochistan government.

The delay in construction of this project has caused severe disruption in Traffic and people suffer a lot of inconvenience on daily basis. Traffic jams have become a norm in the vicinity of Flyover due to the delay of this project.

According to a report published in a local newspaper in Quetta, former Prime Minister Yousaf Raza Gillani announced the construction of Sariab Flyover in 2008. After surveys and initial work the construction on the flyover began in 2010 and it’s still incomplete.

Provincial government had claimed to convert Quetta into Paris and the case of Sariab Flyover exposes the reality of intent of the government. Government officials have no problem whatsoever with the problems faced by common public on daily basis due to delay in completion of Sariab flyover.

Published in The Balochistan Point on October 22, 2014