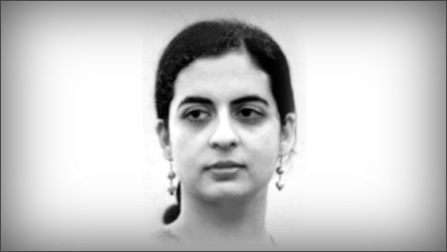 Hope in a forgotten province

The images were dramatic ones. A group of some 25 people, most of them women or children – some aged no more than nine years – walked for 26 days along the N-25 Highway that winds its way through Balochistan and Sindh, from Quetta to Karachi.

Most covered the 756 kilometres in plastic slippers, tying strips of cloth to protect their bleeding, blistered feet. An ambulance, usually from the Edhi Foundation, moved slowly along with them part of the way, and the marchers stopped to eat or sleep at random spots along the road. Their purpose was to draw attention to the plight of relatives – fathers, brothers, husbands and sons – who have gone missing in Balochistan. The number of these persons is disputed, but according to Baloch groups runs into thousands. The walk staged was then one of desperation, an effort to somehow draw attention to the agony they face.

Ironically, the protest received only limited media attention; with a few exceptions mainly from the English language press, much of the media turned away – including the television cameras which picked a series of other events to focus on: drones, curfew in Rawalpindi, Karachi and the other usual mix of odds and ends that features in news bulletins.

Qadeer Baloch, the head of the Voice of Missing Baloch Persons who led the march, who like thousands of other parents, brought home the mutilated, tortured body of his son – killed and dumped in a street in 2011 – has since then worked for other families who live with the reality of enforced disappearances.
Although the matter of the missing persons has been raised at Supreme Court level and at other forums, the problem continues. Indeed in his speech at the Karachi Press Club, Qadeer Baloch spoke of more dead bodies turning up in his province. The sense of hopelessness felt there also came through in his speech, as he began a sit-in expected to last some days and joined in by members of the Baloch community from Karachi.

What effect this will have is far from certain, especially since we know from the findings of both national and international rights groups that agencies stand responsible for most of the sinister stories told in Balochistan – of young men being ‘picked up’ by persons who drive past in large vehicles. And more often it is bodies marked by burns and scars that turn up months later.

Too little of this is heard outside the province. The drawings of the dead produced by Baloch children are not seen by others. And until the problems of Balochistan are mainstreamed, taken up at a national level, there will be no solution. As of now, the people of the province remain locked away, left largely on their own. We hear about the nationalist forces which operate there and about deeds such as ethnic killings which must be condemned. But even as we do so there is a need to understand a little more, possibly much more, about the degree of anger, frustration and sense of injustice which runs through Balochistan.

Some of it has recently been visible in quake-hit Awaran, where relief goods delivered to starving villagers have been refused by them on the grounds that they cannot accept help from torturers and murderers. International aid agencies are restricted by security fears in a region controlled by the nationalist group of Dr Allah Nazar Baloch – a former torture victim.

For now, the striped, Baloch independence flag has been torn off the buildings which still stand by the army and replaced by the Pakistan flag. Under army control schoolchildren tentatively try out the unfamiliar national anthem – but nationalists insist this will not last.

There are also other tragedies visible in the province. One is the apparent helplessness of the provincial government. Chief Minister Dr Abdul Malik Baloch, the first man who ranks as an ordinary citizen and not a tribal chief to head this province is a man of undisputed good intentions according to most who know him well. But the question is just how much power he has to make any real difference.

The truth seems to be that he commands only very limited clout. He has been held back by the forces that operate within his province and also confronts an apparent lack of trust, with Qadeer Baloch in Karachi accusing Dr Malik of standing against the heroic march to Karachi. The CM has immediately denied this but such words historically have meant little in our country. It is the people’s opinion that counts and while Malik Baloch must work with the central authorities, the view that he is hobnobbing with those perceived as enemies does not go down well in a province that has been increasingly pushed away from the main body of our country.

The Balochistan government currently in power is of course quite correct when it identifies underdevelopment and a lack of resources to undertake much needed projects as a major problem. It has appealed to the humanitarian community for help in setting these up and improving the condition in which Baloch people live. Poverty levels in the province are also among the very highest anywhere in the country. But aid alone cannot address the situation Balochistan faces. This is a matter that must be taken up at the political level and put on top of the national priority list. Unless this happens, nothing can be solved.

We need to recognise that we cannot simply allow Balochistan to slip into further and further chaos. Doing so would be a disaster both in terms of our federation and our dependence on the resources that lie beneath the troubled soil of Balochistan. It is therefore essential that when voices are raised from that territory, they be heard. The media must play a responsible role in this. The tumult in Balochistan is destabilising the entire country and as a result weakening it and allowing it to fall prey to outside intervention.

The answers then need to be sorted out carefully and quickly. As things stand now, there is very little time to lose. There has to be an end to the bodies that continue to appear in the province, creating particularly ugly blotches on the landscape. It should be unacceptable to all of us that families should feel they have no choice but to set out on a walk of hundreds and hundreds of kilometres to make their plight known to people elsewhere in the country; that a grade 9 girl among them should talk of her struggles to support her family since her father disappeared.

Whether the marchers succeed in being heard to any degree is something the coming months will tell. But success can come only if people everywhere step forward to join them and demonstrate that as a country we stand together. Right now, we have been divided by so many invisible lines that we seem completely incapable of crossing them and standing together as a nation which recognises that all its problems are linked together in a long chain and cannot be solved in isolation.

This is something the federal government too needs to think about and take into consideration as it devises policies which urgently need to keep Balochistan at the forefront and accept we can no longer afford to keep quiet or ignore the daily tragedies that take place there and are spoken of too rarely in other places. ( Courtesy :  The News )

The writer is a freelance columnist and former newspaper editor

Republished in The Balochistan Point  on November 28, 2013

2013-11-28
admin
Previous: The Silence of Our Friends
Next: Historic Long March and Role of Media