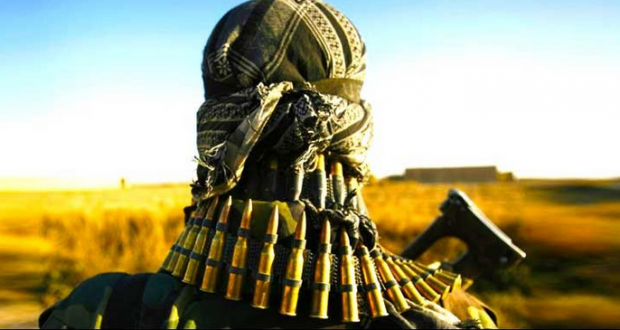 How new sort of Boko Haram affects education in Balochistan

Boko means western education and Haram is an Islamic term referring to things forbidden in Islam. Thus, the meaning of Radical Islamic Organization of Nigeria is western education is prohibited in Islam. After the abduction of 200 girls, the militant organization has been on the spotlight of international and national media of Pakistan. But another Boko Haram which is active in Panjgur district of Balochistan is being ignored by international as well as national media.

Panjur, the south western district of Balochistan bordering Iran is considered as the education hub of the province. Private schools of the backward area impart premium modern education. English language centers prepare the student of this neglected region for international scholarships. Computer centers have equipped the youth with modern technology. The most impressive thing about this development is that, whatever population of Panjgur have achieved, it has been achieved by the efforts of their own efforts. They have not got the support of the government of Pakistan in creating these valuable education institutions.

Unfortunately, this development in the field of education is not liked by some narrow minded people. As a result, Tanzeem-ul-Islami- Furqan, hitherto, unknown organization has emerged out of nowhere and threatened the owner of private schools to stop giving vulgar western education to girls, which according to them is prohibited in Islam. In their point of view, it will augment the flow of western culture in their society. The one month’s baby organization has now become so powerful in short span of time and not only they threatened the schools to shut down women education   but also attacked a Van which was carrying female students and blazed the vehicle.

The motive of the militant definitely was to establish their fear in the hearts of people to stop sending their children to schools. As a reaction to this, masses of Panjgur have protested on streets demanding action of the government on Tanzeem- ul-Islami furqan and sent a clear message to the extremist that their unhealthy values will not be acceptable to them nor they will be intimidated by their violent activities.

The question which has puzzled many minds is that how these radical views have spread in the Baloch society which is known for its liberalism. According to Baloch armed resistance groups, Pakistani establishment is trying to spread radicalization in Baloch society to counter their national movement for Free Balochistan, which they claim has the support of the entire Baloch population. Whether the accusation are true or not, but the silence, negligence and unwillingness on the part of government to take action against the extremists is providing strength to these allegations.

If the allegations of Baloch separatists are right, then establishment is making a big mistake. Pakistan now days is in the grip of various problems and at this crucial moment it cannot afford this blunder.

Militant and wrong version of Islam has already made most of the population of the country mentally ill and superstitious. A sitting governor of Punjab Salman Taseer was assassinated by his own guard, Mumtaz Qadri. The reason for the murder of Mr.Taseer was that he spoke for a hapless Christian woman who was accused of Blasphemy. The violent act of Qadri made him a hero overnight and people threw flower on him, when he arrived in the court for hearing. The judge who convicted Qadri had to flee from Pakistan to save his life. Fearing an attack from the supporters of Qadri’s ideology. In a similar instance, Rashid Rehman, a renowned social worker and a lawyer was killed, because he took a case of a minority teacher who was accused of Blasphemy by his right wing students. As a result, now no lawyer has the courage to take the case of the teacher, who is merely accused of Blasphemy and not proven guilty yet. This shows the level of intolerance in our society, Very rare journalist even write about these events, fearing they themselves might not be convicted in Blasphemy charges.

Pakistani establishment have used the religion for two reasons. One was to liberate Kashmir from India by using the Jihadis and other was to get strategic depth in Afghanistan, with a aim to increase the influence of Pakistan in the region. This tactic has so far proved to be a disaster for the state. The Kashmiri Jihadis are more influence by TTP rather than the establishment and they have joined hands with TTP in destabilizing Pakistan. Instead of fighting India, they are now targeting Pakistani forces and civilians. They have shattered the dream of liberation of Kashmir and strategic depth in Afghanistan. Pakistan now itself is facing problem is defending its own independence. Former chief of Army staff General Ashfaq Kayani himesl said” The biggest existential threat to Pakistan is now not external but internal. (Referring to TTP)”.

The extremists have become too strong to be controlled by their masters. They are now demanding the abolishment of the constitution, which they termed as UnIslamic and should be replace by a shariah of their own brand. They are also interfering in  the foreign policy demanding to end the relation with non- Muslim countries They have killed the high profile politicians of left wing political parties like ANP , PPP and MQM.

Their power can be judged from the fact that Prime Minister of the country cannot speak a word to condemn their wild activities because he knows any hostility with them can result in their backlash in Punjab. The chairmen of the second largest political party of the country Imran Khan has become their spokesperson and have earned a title of Taliban Khan.

The extremists are not limited to FATA, they have spread in different parts of the country including in the commercial hub, Karachi.as well. Taking advantage of the lack of writ of the state they are involve in extortion activities and black mail the business community, who for sake of saving their life, pay huge sum of money to them. Entrepreneurs in large numbers have left the country and shifted their money to foreign countries which has feeble the country.

In short, it can be said that entire Pakistan from Khyber to Karachi is feeling the weight of Taliban’s arm except Balochistan which is indeed a blessing for the state.

The establishment should be aware if radicalization takes place in Balochistan, it will benefit only Taliban in the long run. The geography of Balochistan which comprise of mountains with natural caves to hide will suit the Taliban. As compared to FATA, Balochistan is a very vast land. Pangur district is even bigger than the entire FATA and Chaigai district is bigger than the whole KPK province. Its proximity with Afghanistan will provide Taliban with strategic depth. Biggest city of the country, Karachi is situated near Baloch coast that is the gate way of Narcotics trade, which is premier and favorite business of Taliban and they will easily sell their product to Middle East and west, which will make their financial position very sound.

The incumbent government should uplift the ban on YouTube and watch the videos where Taliban have several time offered the Baloch separatist to join hand with them to fight against a common foe. The Baloch insurgents so far have shown no interest in their offer, due to the disparity of the ideology of two groups. But, if people of Balochistan began to share their ideology, then the task of Taliban will accomplished very easily. Balochistan can prove to be a very handy place for Taliban and breeding of Global Terrorism. Pakistan is already isolated state and with Talibanization in Balochistan, it will be further isolated in the international world.

Jeeyand Kashif Sajidi is regular contributor to The Balochistan Point. He is Assistant Editor at Daily Intekhab, Quetta