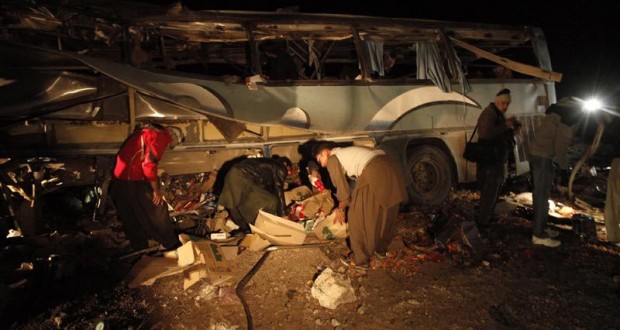 QUETTA: Atleast 23 people were killed and  several others injured In a terrorist attacks on  Shia  pilgrims in Taftan near Pakistan-Iran border in Balochistan, late on Sunday.

According to the  Balochistan Home Secretary Akbar Hussain Durrani that around 300 Shia pilgrims had entered into Pakistan from Iran and were staying in two hotels in Taftan, a border town.

“They were waiting for transportation for onward journey to their destinations in different parts of the province,” the home secretary said and added that a suicide bomber entered into one of the hotels and blew himself up. As a result, three Shia pilgrims died on the spot while several others were injured.

Levies personnel and Frontier Corps (FC) cordoned off the area. The security personnel exchanged fire with the militants, who hurled hand grenades and fired with sophisticated weapons. The dead and injured were shifted to a nearby hospital. Arrangements were later made to shift the injured to the Combined Military Hospital (CMH) through helicopters.

“Two suicide bombers entered both the hotels and only one of them was able to detonate himself. “ Said security sources

Published in The Balochistan Point on June 9, 2014