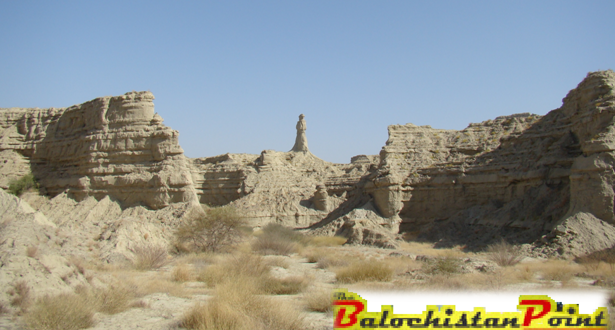 Illogical Move of Handing over Hingol land to SUPARCO

On November 9, 2015, Provincial Ministry for Information and Parliamentary Affairs Abdul Raheem Ziartwal chaired the Balochistan Protection of Forest and Wildlife (Amendment) Bill 2015 in the Provincial Assembly, which was passed by the legislatures without any discussion and debate over it.

According to this Bill, 36.42 square kilometers of the Hingol National Park land  handed over to the Federal Agency, Space and Upper Atmospheric Research Commission (SUPARCO). The Hingol Park is a national asset which range around 407,724 acres of land located in Lasbela district just few kilometers away from Karachi which has been declared a national reserve in 1988 on the walk of protecting the natural landscapes which are the host of flora and fauna.

The same sort of allotment has chronicled in the tenure of late Ex-Chief Minister Jam Mohammad Yousaf’s led coalition Government in a memorandum of understanding (MoU) to Pakistan Air Force (PAF), handing over around 63,000 acres of land in Hingol National Park. Following which the concerned authorities issued notices to the areas resident to vacate the lands. Later on, during the times of Chief Minister Nawab Mohammad Aslam Raisani, the provincial cabinet chaired by him cancelled the allotment of 63,000 acres of land and claimed to protect it from any damage.

The overall forest cover in the entire Balochistan stands at a mere 4pc of the total land in appraisal to the stipulated 25pc as a mandatory in the charter ofInternational Union for Conservation of Nature (IUCN) for a robust environment of a specified land.

The Long lasting drought in the province has utterly damaged the forestation and has already fast-tracked the pace of deforestation. The wild and forest department seems deserted in accomplishment of the less destruction of the forest in the province and thenceforth, it is getting worsen day by day. Every hour a hundred tonnages of truck can be seen carrying away the cut off wood from these forest in every part of the province.

Head of the IUCN, Faiz Kakar declared this as an insane act to hand over such a vast land of a park which could in percussions damage the environment. He said, we must work on increasing the forest cover areas rather depleting it in the province which has an abysmal stance of the forest owing to varying appalling reasons.

‘’IUCN copiously opposes this move and declares it a threating sign for the National reserve and forestation and demanded Provincial Government should allocate an alternative area in spite of it.’’ Said Faiz Kakar.

The big grim of consequence over this Bill approval is that how the provincial MPAs without debate, consultation and understanding the motion passed it promptly with just five minutes of the session. Neither the concerned committees nor did any MPA demanded for a debate on it. On the other hand, the opposition party condemned the move and cautions that the Government is making an irrevocable mistake which put the interests of the people at stake.

It went  viral in social media that what sense it makes when the MPAs of an assembly yet don not  know what the acronym SUPARCO stands for, how could they be able to convince a consultation and debate upon it.

According to the rules when any bill or amendment is in proceedings it needs to be carefully debated before gets approved. But historically the Balochistan Government recorded another meticulous milestone while exempting the rule No 84 of the assembly, which says a bill needs to be presented before the concerned committee for a meticulous review and inspection before it is presented on the floor of the assembly for debate and voting. Balochistan forest department and the information secretary of Balochistan National Party, Agha Hassan opposed the bill and declaring it a menace for the environment.

Space Observatories like SUPARCO around worldwide have been allocated desolate lands. They use the land for satellite up-link operations; observatory and weather stations development and processes. Areas in hands of these are kept in far-reaching encroachment and development.

SUPARCO is an executive and bureaucratic space agency responsible for the nation’s public and civil space program and for aeronautics and aerospace researches. A vast land of Hingol Park to be handed over is giving a clear sense how we as a responsible nation conserving the limited forest and tackling the difficulties being faced for global environmental destructions.

This seems in real our Government is not attentively following the IUCN’s rules in regards with the environment and most closely with forestation. Hingol National Park which is an assets and land of pride must be kept protected from any sort of peril. SUPARCO which is an organization of Government of Pakistan should have to go for an alternative solution as it is impressively said there is more than one way to skin a cat.

Published in The Balochistan Point on December 11, 2015