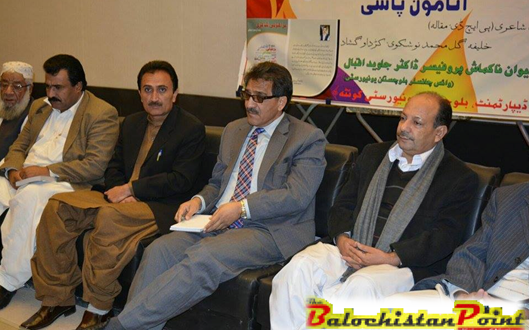 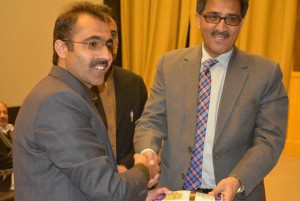 Addressing at the event Vice Chancellor of Balochistan University praised the researches of Dr. Liaqat Sani.  He said, “Writers beautifully present their feelings in their writings and highlight the positive aspects of society. He further said that Balochistan University had been making efforts to promote literary and researched based works.” Moreover, Mr. Javid Iqbal   announced Dr. Abdul Rehman Brahui Chair at Brahui Department University of Balochistan.

Dr. Liaqat Sani is Professor at Brahui Department University of Balochistan. He is one of the youngest Ph.D degree holders of Brahui language and author of four books.  His research and contributions are great assistance in Masters, M.Phil and Ph.D level of studies in Brahui language.

Published in The Balchistan Point on December 11, 2015