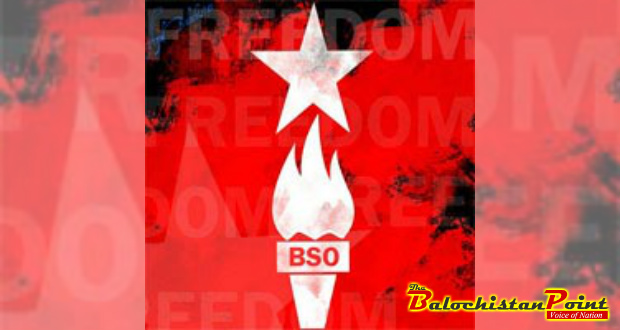 Interference of BNP in BSO Elections

Interview of BNP leader, Sardar Akhtar Jan Mengal, was recently published in online news paper Balochistan Point. In his interview Mr. Mengal had pointed out the role of Baloch Students Organization (BSO), its members and especially about the required attendance of BSO members.

Sardar Akhtar Mengal is a respectable person but what he has said in his interview is not what BNP is doing with BSO actually.

In November, BNP leader Akhtar Mengal addressed a program arranged by BSO in University of Balochistan. In his speech Mr. Mengal announced to provide a piece of land to government to establish a University in tehsil Wadh. In same program he also criticized members and of BSO about their educational and political bad performance.

After the speech of Mr. Mengal, which he delivered in University of Balochistan, many people including former BSO leadership, journalists and professors were hoping for a positive change in BSO. Unfortunately, same old practices were once again applied by BNP on BSO.

BSO was formed in the year 1967 when Warna Wanenda Gal, Balochi translation of Baloch Students Organization, and Baloch Students Educational Organization merged. The basic aim of establishing a student organization was to provide an independent political platform for Baloch youth which they can use for politics in their own capacity. Political parties and their leaders never allowed BSO to become an independent organization. According to its constitution, BSO has its own independent status and not bound to take guidelines from political parties. According to the constitution of BSO its members at same time cannot be members of another organization or join jobs during its membership.

Unfortunately, in its first joint council session held in Karachi on 25 November 1967 due to interference of that time political leadership differences surfaced among BSO leadership which once again become cause of division of organization in two sections under names of BSO Pro Sardars and BSO anti Sardars. This was a great loss in Baloch student’s politics because after this division BSO never remained an independent and single organization except for short stints in 1985 and 2006.

Organizational structure of BSO is based on unit, zone, central committee and central cabinet. Councilors are elected through zonal general bodies that represent their zones. Council session is held every two years where approximately 253 councilors from different areas vote for central cabinet for two years term.

For becoming member of BSO this is mentioned in the constitution that only those Baloch students who have their admissions in universities, colleges or high schools can become member of BSO. Unfortunately, BSO is an organization with its political program from very first day has been high jacked by political parties who have considered it as their pocket organization.

Political Parties have never allowed BSO members for electing leaders for their organization. Even parties always interfere in legislation process of BSO which is a very bad practice. In recent council session of BSO Akhtar Mengal’s speech is an example of that practice.

After one week of Mr. Mengal’s speech, BSO leadership called council session at the same place. It is very essential to mention that before council session, BSO was being led by an organizing body of three members and none of them were students. Among these three two were on government jobs and were appointed by Mr. Mengal himself and were also elected as BSO leaders by Mr. Mengal.

New leadership of BSO includes government employees and members sent from BNP who are not students.

Old practice of interference in BSO affairs was carried out by BNP and its leadership in recent council session of BSO. Three out of seven cabinet members of BSO were selected by Mr. Mengal and not by the councilors of BSO.

Above all, these representatives are not students and none of them have admission in any educational institution. Even they are not members of BSO, some of them are on government jobs and others have been sent from BNP to BSO. This is completely an unfair political practice and injustice with BSO members. A student who has admission in a university can be a better representative of students rather than a non-student or a government employee or a political party member.

Political parties don’t allow transparent elections in BSO but they complaint of rigging in general elections.

BSO is just a political organization of those Baloch students who have their admissions and are regular students in different educational institutions of Balochistan and other provinces of Pakistan. Only regular students can understand the problems faced by students can take steps to resolve them.

Political parties don’t allow transparent elections in BSO but they complaint of rigging in general elections and call the doors of Supreme Court which is a clear case of double standard.

Author is a lawyer and former Vice-Chairman of BSO.

Published in The Balochistan Point on January 14, 2016

2016-01-14
Editor
Previous: Coordination among Legislators of all Provinces Urged In Multi-Party Summit
Next: Committee to Investigate HEC Resource Distribution for Balochistan