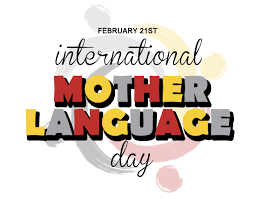 International Mother Language day is a worldwide annual observance held on 21 February to promote awareness of linguistic and cultural diversity and to promote multilingualism. First announced by UNESCO on 17 November 1999, it was formally recognized by the United Nations General Assembly with the adoption of UN resolution in 2002.

Mother Language Day is part of a broader initiative “to promote the preservation and protection of all languages used by peoples of the world” as adopted by the UN General Assembly on 16 May 2007 in UN resolution 61/266, which also established 2008 as the International Year of Languages. The idea to celebrate International Mother Language Day was the initiative of Bangladesh. After this all country started doing this trend after every year in their country. It is the best way to show the value of a mother language.

People all around the world are going to do it in this February 21. As we know that for every language speaker it so important to know the value of a language. This time it is so far important to show Balochi language which is one of the most ancient languages in the world and in history. Baloch poetry is being written for five centuries but still most of the people do not have idea about our language. As a youth of Baloch it is our responsibility to protect our language and give it more value.

We do not know about our language and still we are not progress. As a Baloch we should do such festivals to take our language and make it famous in world. Till when we do not try for doing such kinds of things may our language comes to end.

I request to all Baloch family that our people from other countries are doing festivals we should also do these all. If we want our language should be alive for more centuries, then we had better do such activities.

The writer is student at School of Intensive Teaching Hub.

Published in The Balochistan Point on February 20,2021